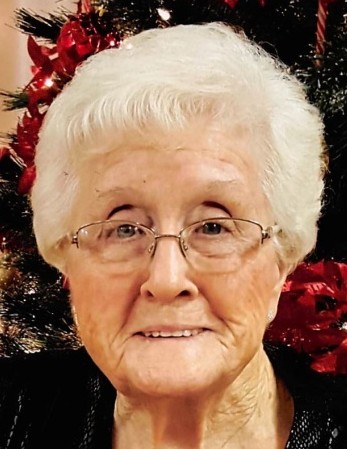 She was born in Bellefontaine, Ohio January 12, 1924, to the late John Dodds and Bessie Elizabeth (Grow) Legge, and her late stepfather, Ardel Legge.

On September 4, 1943, she married Lloyd C. Legge and he preceded her in death November 15, 1996. Inez was also preceded in death by a son, Timothy Lynn Legge; three great grandsons and a sister, Alma Goings.

Inez worked as a cook for L&K and Gray Stone Restaurants.  She was a hard worker all her life and loved having a large, loving family surrounding her through all her years. She enjoyed playing board games, cards, and doing puzzle books. Inez enjoyed singing silly songs and making people laugh.  She loved to bake pies, cook, and especially eating candy.

Reverend Brent Driver will then officiate the funeral service at 11:00 A.M. at the funeral home.

At 12:30 P.M. following the funeral service, a graveside service will be held at the Jenkins Chapel Cemetery in Cable, Ohio.

To order memorial trees or send flowers to the family in memory of Inez R. Legge, please visit our flower store.
Send a Sympathy Card