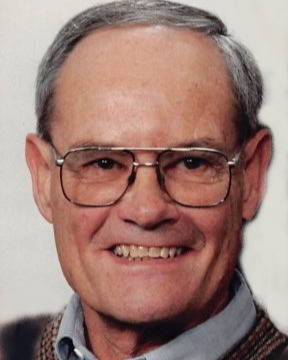 J. Lee Plank, 90, of rural West Liberty, passed away Sunday afternoon, December 18, 2022, at his home with his family around him.

Lee was born on November 12, 1932, the son the late Joe L. and Addie (Yoder) Plank.   He was also preceded in death by his sister, Ruth Lehman, and two brothers, J. Harley Plank and John C. Plank.

Lee is survived by his wife Donna (Smucker) Plank, whom he married on August 16, 1957, in South Union Mennonite Church, West Liberty, Ohio.

Lee worked as a carpenter for many years, working with Harshbarger Construction for 20+ years.  He also farmed and after he semi-retired, he went to work for Starbuck Pest Control.  He was a longtime member of South Union Mennonite Church, West Liberty, where he served as church Treasurer for 17 years and he also served on the church council for 6 terms.  He also belonged to the Loganairres Barbershop Quartet and sang along with his wife with the Master Singers group.

To order memorial trees or send flowers to the family in memory of J. Lee Plank, please visit our flower store.