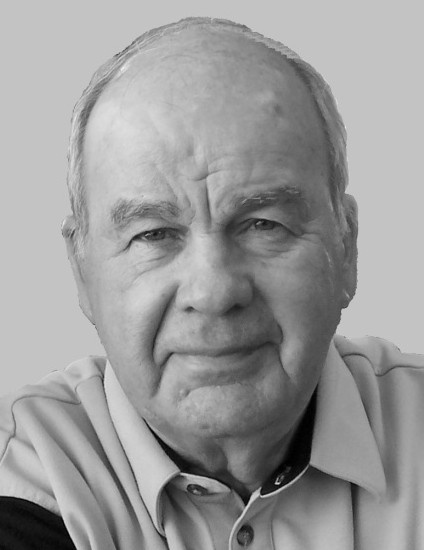 He was born October 30, 1932 in Oak Hill, West Virginia, a son of the late Joseph E. and Belle E. (Nugen) Blaker. In addition to his parents, Jim was also preceded in death by his son Jeff Blaker; a grandson, Tyler Blaker; his sisters, Glenna Zepp, Jane Heller, Jeanne Luckett and infant Geneva Blaker and two brothers, Joseph Blaker and Kenneth Blaker.

On June 4, 1955, Jim married his high school sweetheart, Margaret Y. “Bonnie” Covey, in Columbus, Ohio and she survives. He is also survived by a son, Greg (Reva) Blaker of West Liberty; a daughter, Sherry (Brad) Brandt of Wheelersburg, Ohio; a daughter-in-law, Cindy Blaker of Urbana, Ohio; seven grandchildren; thirteen great-grandchildren; two sisters, Sarah Crooks of Columbus and Esther (David) Van Hoose of Stoutsville; a brother-in-law, Mike Heller of Columbus and a sister-in-law, Lori Blaker of Meridian, Idaho along with many nieces and nephews.

Jim graduated from Trap Hill High School in 1950 and Franklin University in 1958. A United States Marine Corp. Korean War veteran, Jim worked many jobs that required him to travel internationally. He worked at North American Rockwell, the Transportation Research Center, Humanetics and R.A. Denton Inc. He specialized in testing instrumentation, working with the automotive industry. Jim’s name appears on a plaque on the Pathfinder space craft on the surface of Mars. Jim was an avid horseshoe pitcher and was a member of NHPA and the West Liberty Horseshoe Club which he helped organize in 1982.

Pastors Brad Brandt, his son-in-law and David Van Hoose his brother-in-law, will officiate a private graveside service at the Fairview Cemetery in West Liberty at the convenience of the family.

The staff of the Eichholtz Daring & Sanford Funeral Home in West Liberty is honored to serve the Blaker family.

To order memorial trees or send flowers to the family in memory of James L. Blaker, please visit our flower store.
Send a Sympathy Card