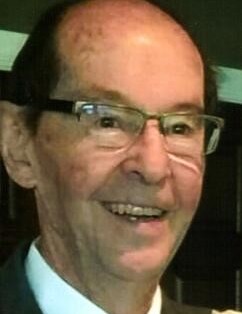 He was born in East Liberty, Ohio June 11, 1936, a son of the late Gerald and Mary (Horn) DeLong. He was also preceded in death by his in-laws, Bob and Martha Jackson; a sister and brother-in-law, Joanne and Thomas Marshall and a sister-in-law, Judy McCafferty.

James had worked for Siemen’s in Bellefontaine for twenty seven years and retired from Honda of Marysville following nearly twenty years of service. He enjoyed being an active docent at the Logan County History Center. He never met a stranger and appreciated the people he met and the many friends he made. He will be deeply missed.

Per James’ request, there will be no services.

The arrangements are in care of the staff of the Eichholtz Daring & Sanford Funeral Home and Cremation Center in Bellefontaine.

To order memorial trees or send flowers to the family in memory of James D. DeLong, please visit our flower store.
Send a Sympathy Card