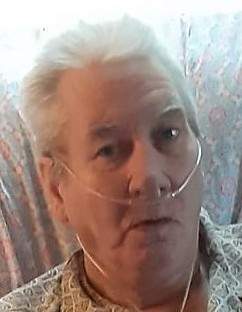 He was born in Bellefontaine February 2, 1958, to the late James and Helen (Hadding) Legge. He was also preceded in death by a sister, Sheila Coyer.

On June 16, 1989, he married Deanna “Dee” Legge and she survives along with his daughters, Christina (Gary) Burt and Hattie Legge as well as stepson Doug Searfoss. He is also survived by his grandchildren Emma Legge, Zachary Burt, Bradley Burt, Maverick Hoffer, Allison Elliott and Elizabeth Elliott and his great-grandchildren William (Teagin) Hayman and Troy Burt. His eldest sister, Phyllis Shaw also survives along with a nephew Clarence “Buddy” (Tina) Coyer and family.

Jim was a member of the Moose and he enjoyed fishing and “junking”.  He was always willing to extend a helping hand to someone in need and was a jokester at heart joking around with the family and the hospital staff even in his final days.

A celebration of life will be scheduled for a later date.

The staff of the Eichholtz Daring & Sanford Funeral Home & Cremation Center in Bellefontaine is honored to serve the Legge family.

To order memorial trees or send flowers to the family in memory of James Charles Legge Jr., please visit our flower store.