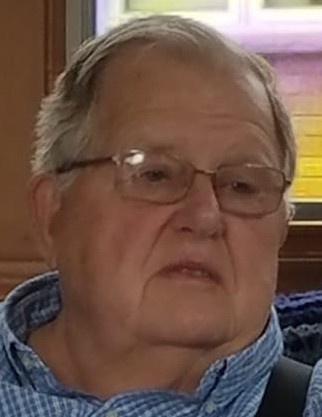 James Philip Zack graced this earth for 78 years. He was born in Mineral City, OH on November 2, 1941, the son of the late Joseph and Eleanor (Mansfield) Zack.  He left his earthly body in Pensacola, Florida on January 3, 2020.

Phil’s parents were both educators and after graduation from Midvale HS in 1959, Phil earned his education degree at Ohio Northern University.  Phil began his 34-year teaching career in Waynesfield, OH. There he joined Wayne Lodge 569 F& AM and became their youngest Master Mason. Students arranged for him to meet Nancy Shaffer. They were married in 1964 and settled in Huntsville, OH.

Phil then started the Industrial Arts shop at Bellefontaine Middle School. Besides teaching, Phil also owned the Huntsville Shooter Supply. Phil and Nancy had two sons, Keith (Angela), and Greg (Lori).  When Nancy died of cancer in 1985, Phil was also part owner of the West Mansfield IGA. There he was introduced to Susan Boehmer, another teacher who had lost her husband to cancer. They were married April 18, 1986 adding her sons, Zachary (Kandyce) and Steven (Heather) Boehmer, to the family.

Phil enjoyed his career as an educator and worked hard to make sure his students were exposed to real life work situations in his Career Education classes and in practical arts. He and Susan treasured each meeting with former students who remembered him and still had items they made in his class or went on to use skills he had taught to become successful adults.

Phil and Susan treasured being active grandparents to Ethan, Brad, Gage, and Ryan, in Ohio and to Emma, Lane, Logan, Melissa, Heather, Sean, Stephen, Kris and Dallas in Florida.

In 2014 the couple became snowbirds, splitting their time between the Boehmer clans in Pensacola, FL and the Zack tribe in Ohio. They became Florida residents in 2019.

Inurnment will be private.

As Mr. Zack would say at the end of each class: It is time to CLEAN UP!

To order memorial trees or send flowers to the family in memory of James Philip Zack, please visit our flower store.
Send a Sympathy Card