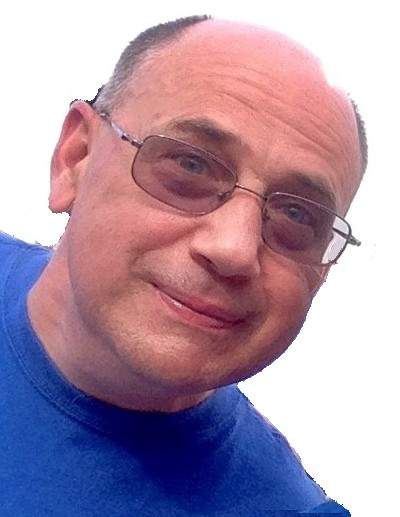 Jeffrey Robert Buchanan passed away peacefully in his sleep January 20, 2020, after a long battle with COPD. He was 55 years old.

Jeff was born May 17, 1964, in Akron, Ohio and was a graduate of Northwest High School in Canal Fulton and McNeese State University in Lake Charles, Louisiana where he lived for most of his adult life. He was a Veteran of the United States Army after serving his country for eight years in the U.S. and Germany before becoming an accountant.

He is survived by his daughter, Claire Noel Buchanan of Lake Charles; his parents, Peggy (Buchanan) and Dale Wirick of West Liberty, Ohio and Bob and Karen Buchanan of Canal Fulton; his brother and sister-in-law, Doug and Karen Buchanan; his step-brother, Greg Houck and his step-sister, Chylece Head; his aunt Jane and uncle Rick Buchanan, and cousins, Darrin and Deidre Buchanan; aunt Carol Buchanan and uncle Jerry Sims of Colorado; aunt Pat and uncle Jeff Boger of Virginia, and cousins Scott and Mark Boger; uncle Bob and Juli Keim of North Carolina and beloved nieces and nephews.

Visitation will be held from 1 to 2 p.m. Saturday, January 25, 2020 at the South Union Mennonite Church in West Liberty.

Pastor Matthew Williams will then officiate a memorial service at 2 p.m. at the church. All are welcome to attend and celebrate Jeff’s life. The Logan County Veterans Honor Guard will provide military rites immediately after the service.

A meal will be provided following the services for family and friends to continue the celebration of Jeff’s life.

To order memorial trees or send flowers to the family in memory of Jeffrey Robert Buchanan, please visit our flower store.