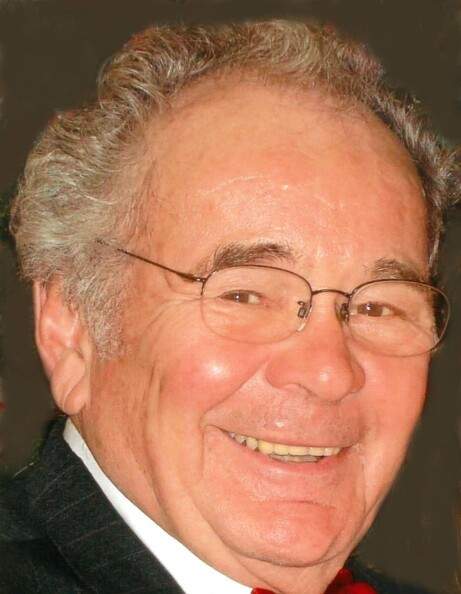 Jerry was born in Bellefontaine on November 7, 1934 to the late Gilbert B. and Elizabeth Ritter.  He was preceded in death by his sister, Virginia, his youngest brother, Richard, and beloved nephew, Ed Dee.

Jerry graduated from Bellefontaine High School in 1952 where he played football, lettering all four years, and serving as captain his senior year.  He attended Ohio Wesleyan University in Delaware, OH, graduating with a degree in Business Administration in 1956.  Jerry was a four-year football letterman once again, serving as captain his senior year and third team all Ohio in 1955.  He was a devoted member of Phi Delta Theta Fraternity where he made lifelong friendships.

Following graduation, Jerry returned to Bellefontaine to join his father in business at Ritter Bros. Produce.  Shortly, the U.S. Army came to call, where he was the only man drafted from Logan County in 1957.  Jerry was selected as a member of the Central Intelligence Corps, later known as the C.I.A. and upon graduating from Ft. Holabird, MD, was stationed in Frankfurt, Germany for his service.  While visiting the Brussels Worlds Fair, Jerry (reconnected) became reacquainted with a college classmate, Joanne, and letters flowed between them soon after.  Upon his honorable discharge, Jerry returned to Bellefontaine and married Joanne on August 1, 1959.

Jerry entered into business with his brother Jack when The Barton Candy Co. was purchased in 1960 and their long careers together were set in motion.  Jerry served as President.  Before the terms mergers and acquisitions were commonly used, Jerry and his brother purchased other small candy distributors in Delaware, Piqua, and Sidney to enlarge their company.  In 1964, the brothers purchased the A.J. Miller Company on W. Auburn to house the business.  R.G. Dunn tobacco company purchased the candy and tobacco distributorship in 1978 and moved to Lima, OH.  Soon, the brothers purchased Grandview Orchard on S. 68 where they ran a thriving cider business and sold 25 varieties of apples.  In 1979, they purchased Doral Packaging, a retail packaging company, and the brothers commenced their third career.

Jerry was an active member of the community.  A lifelong member of the First United Presbyterian Church, Jerry served on the session.  He was a 50-year member of the Elks Club.  Jerry served as president of the Bellefontaine High School Boosters Club and helped raise funds to build the high school stadium.   His company (Barton Candy Co.) donated the lettering for the press box and benches for the visiting team.  He was a member and served as President of the Bellefontaine Country Club.  A 50-+ year member of Symposiarch, a fraternity club, Jerry served three times as president, and was named Symposiarch of the Year in 2012.  He was a board member of Security Federal Savings and Loan, later known as Colonial Federal, where he served as Vice President of the board until he retired in 1993.  He was also Chairman of the Board of the Round Table of Knowledge at Sweet Aromas Coffee.

Jerry was an avid skier for over 50 years and was thrilled when his grandchildren all skied and joined him on the slopes.  He skied many years with his college roommate and fraternity brother in Snowmass, CO.  He and his wife enjoyed traveling to Europe and British Columbia with college friends and spent over 30 summers in Maine with close friends.  Lastly, Jerry faithfully supported Bellefontaine athletics and he was a die-hard fan of Big Ten football, attending every Ohio State Buckeyes home game for 50 years. He was well known for his popular tailgate parties.  Jerry never knew a stranger and made everyone smile with his jovial sense of humor.

Our family is forever grateful for the loving care Rachel Engle provided Jerry.

Pastor Steve Merrin will officiate a private service for family on Monday, February 1, 2021 at 11:00 a.m. and those wishing to view the funeral service online, may do so by viewing the live-stream via Facebook Live through the Eichholtz Daring & Sanford Funeral Home & Cremation Center Facebook page, https://www.facebook.com/daringsanford

Burial will be at Bellefontaine Cemetery with military honors.  A celebration of Jerry’s life will be announced at a later date.

In lieu of flowers, the family requests memorial contributions be made to the Logan County Education Foundation and the Ritter Family Grant.

The staff of the Eichholtz Daring & Sanford Funeral Home & Cremation Center in Bellefontaine is honored to honored to serve the Ritter family.

To order memorial trees or send flowers to the family in memory of Jerome W. Ritter, please visit our flower store.