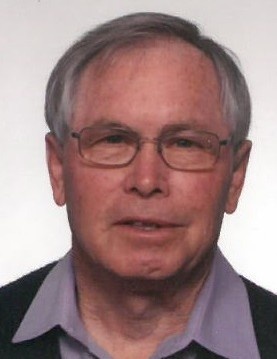 Jerry D. McLaughlin, 83, of Belle Center, Ohio passed away Saturday, November 27, 2021, at his daughter’s home in Lebanon, Ohio with his wife and daughter by his side.

Jerry was born in Lewistown, Ohio June 24, 1938, to the late Cevera E. and Sarah (Lykins) McLaughlin Sr.  He was also preceded in death by a brother, Cevera E. “Junior” McLaughlin and his nephew, Jeff McLaughlin.

Jerry was a barber at Indian Lake for over 20 years.  He later became one of the first 200 Americans hired at Honda and took great pride in his 20+ years working for the company.  He had three loves outside of work:  family, sports, and music.  He was an avid sports fan, playing football and softball in his early years.  He loved to root on his Ohio State Buckeyes and New York Yankees, always dressed in his team apparel with a bag of chips and a Pepsi in his favorite chair.  He was a member of the First United Presbyterian Church in Bellefontaine.

Jerry exuberated joy everywhere he went, always offering a witty comment, a handshake, or a hug. He will be deeply missed by his family and friends.

The staff of the Eichholtz Daring & Sanford Funeral Home in Belle Center is honored to serve the McLaughlin family.

To order memorial trees or send flowers to the family in memory of Jerry D. McLaughlin, please visit our flower store.