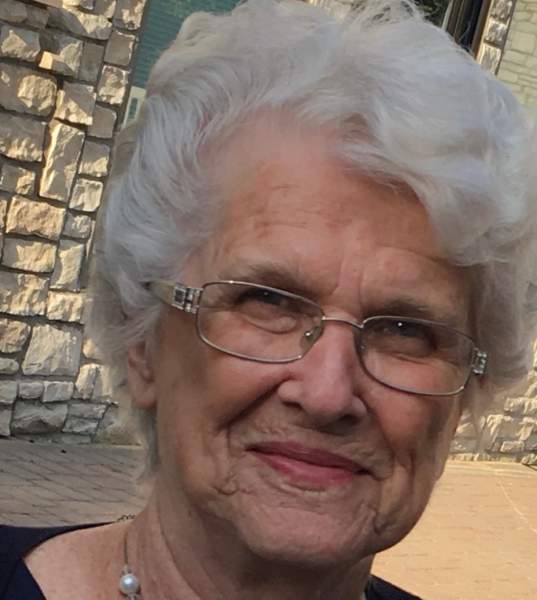 Joan Alliene Maddux Harr, 92, of West Liberty, Ohio passed away in her home surrounded by family on December 25, 2021.

Joan was born in Cincinnati, Ohio on May 12, 1929, the oldest of three children born to the late Joseph W. and Alliene Krauss Maddux. She is a graduate and valedictorian of the class of 1947 from Anderson Township High School in Cincinnati, and she received a Bachelor of Science degree in Education in 1951 from Miami University, Oxford, Ohio.

On June 26, 1954, she was married to Kenneth Harr by Rev. Milo Beran in the Mt. Washington Presbyterian Church, in Cincinnati.

Joan moved to West Liberty upon graduating from college in 1951, and taught Home Economics in the West Liberty school district from 1951-1955. After her children were of school age, she returned to teaching junior high science in the West Liberty-Salem school district from 1968 until her retirement in 1988. She took special pride in the number of students who successfully competed in science fair competitions over the years, and those who later pursued careers in science related fields. Upon her retirement, Joan enjoyed supporting her husband on the family farm, visiting her children’s families, following her grand children’s school and sports activities, and cheering on The Ohio State Buckeyes.

She is preceded in death by her husband Kenny, a brother Jerry Maddux of Cincinnati, and her sister in-law and brother in-law, Mary Kay and Cyril Woodard, of West Liberty.

Visitation will be held from 4 to 7 p.m. Friday, January 7, 2022, at the Eichholtz Daring & Sanford Funeral Home in West Liberty.

Pastor Debby Stinton will officiate the funeral service at 10:00 a.m. Saturday, January 8, 2022, at the West Liberty United Church of Christ in West Liberty.

In lieu of flowers memorial donations may be given to the West Liberty United Church of Christ 212 Newell St. West Liberty, OH 43357

The family wishes to extend our sincere thanks to Tina, Amanda, Jessie, Dina, and Linda for their loving care of Joan.

The staff of the Eichholtz Daring & Sanford Funeral Home in West Liberty is honored to serve the Harr family.

To order memorial trees or send flowers to the family in memory of Joan Alliene Harr, please visit our flower store.