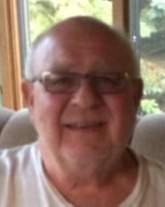 John David Brugler, 75, of Freeland, formerly of West Liberty, Ohio, our supportive, humble, hardworking, and most loving husband, dad, grandpa, brother, uncle, and loyal friend passed from this world into the arms of Jesus in the afternoon of Wednesday, August 17, 2022 at home with his wonderful family by his side.

John was born on January 18, 1947 to the late Ivan Frederick and Alda Jean (Sutherland) Brugler in Bellefontaine, Ohio. Growing up, he loved playing football and running track. On the farm, Ivon, John and Ron shared the same bedroom. John will lovingly be remembered by his younger brother Ron, calling football plays in his sleep with his older brother Ivon. Not only was he a football fanatic, but John was also a track star, and received many awards for his competitions in high school. While out with friends at a pizza party, John met Sally Armentrout. These high school sweethearts dated, fell in love, and were united in marriage on September 16, 1967.

In 1968, John graduated from Bliss College in Columbus, OH with a Bachelor of Business in Accounting. He was first employed by Gould, and then moved to D.A.B. Industries, both of Bellefontaine, OH. In 1983, John took a transfer with D.A.B. and moved his family to Frankenmuth, MI. They then settled in Saginaw Township and later moved to Freeland, where he was with Means Industries in corporate accounting as a Controller, retiring after over 37 years of dedicated service in 2008.

John enjoyed spending time with his family. While his grandchildren were young, they would all frequently go camping in the pop-up camper at Hartwick Pines almost weekly. If they weren't there, they were together on the pontoon boat at Wixom Lake. John loved everything about the outdoors. Anissa fondly remembers as kids how her dad always took time to take them on trips together. More recently, John and his son, Jeremy, would be at Bay Harbor Marina working together on maintaining the twin engine offshore fishing boat named "Little Mac." At home, John and Jeremy spent much time together working on various garden tractor restorations and equipment used to maintain his property while talking and enjoying each other's company, as Jeremy would often come over to fix or upgrade things around his parents' house. John enjoyed biking on the area rail trails with Sally, and in the winter they would cross country ski near Roscommon, trips they made regularly over the years. John was a true role model and the best husband, dad, and grandpa anyone could ask for. He loved the Lord and put his family first; a thrifty and responsible man, John kept them grounded. John's memory will continue to live on in the hearts of his family and friends for many years to come.

John's family will be present to receive visitors on Friday, September 16, 2022 from 12:00 Noon until his 2:00 PM Life Celebration Ceremony at Skorupski Family Funeral Home & Cremation Services, 1550 Midland Rd., between State & Gratiot. Pastor Mike Leiter to preside. Reception to follow in the Wesley Room at Skorupski's. Memorial contributions may be directed to your local Heart Association, Lung Association or Wounded Warriors. Expressions of sympathy may be shared with the family online at www.skorupskis.com.