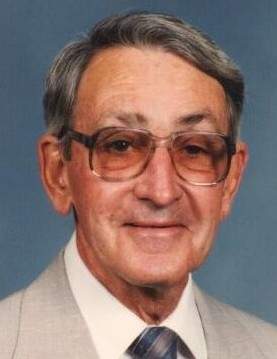 He was preceded in death by his son Larry Alan Bush, his parents and a sister, Clara (Raymond) Weeks.

John worked for many years for Frantz Brothers in Sidney, Ohio doing road and bridge construction.  John enjoyed golfing and traveling with their RV.

The family thanks The Homestead at Logan Acres for their loving care of John the last three years and Universal Hospice for making his last days more comfortable.

The family will receive friends from 1 to 2 p.m. Wednesday, March 10, 2021 at the Eichholtz Daring & Sanford Funeral Home & Cremation Center in Bellefontaine, where Pastor Joe Ziraldo will officiate the funeral service at 2:00 p.m.

The staff of the Eichholtz Daring & Sanford Funeral Home & Cremation Center in Bellefontaine is honored to serve the Bush family.

To order memorial trees or send flowers to the family in memory of John Edwin Bush, please visit our flower store.