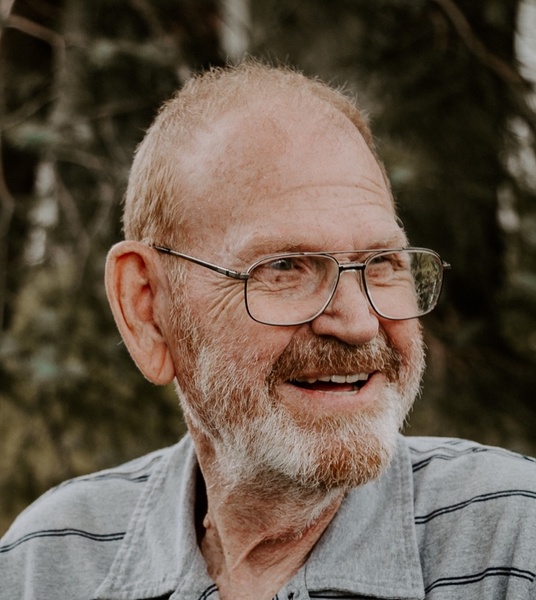 After graduating from West Liberty High School, John joined the Army and served with the Military Police for 3 years. Following his time with the Military, he spent over 30 years working in the automotive industry. John spent 11 years serving the local Veterans through the Logan County Veterans Services before he finally retired.

On July 8, 1961, he married his late wife Linda Clark. They spent their 53 years of marriage in West Liberty where they raised 3 daughters and welcomed multiple grandchildren and great grandchildren. John could not have been more proud of his family and would brag about them to anyone who would listen. He was the ultimate family man, even making sure the dogs didn’t go hungry during family gatherings.

After retirement, John spent his time as a dedicated fan of The Ohio State Buckeyes, Cleveland Browns, and Cincinnati Reds. He was a master meme maker and could fix anything with duct tape and WD40. John was a proud Military Veteran and was always showing his support for the troops and our country. He was a member of the American Legion Woodard McGovern Post 426 as well as a Master Mason with the Mad River Masonic Lodge No. 161 for 44 1/2 years.

While the family mourns his loss, they delight in the fact that he has been reunited with Linda where they are likely sharing a hamburger and fries and spending the day fishing.

Friends may call Friday, January 7, 2022, from 10 a.m. to 12 noon at the Eichholtz Daring & Sanford Funeral Home in West Liberty, where Pastor Dick Barrett will officiate John’s memorial service at 12 noon.

Burial will follow the memorial service at the Fairview Cemetery in West Liberty with military honors provided by members of the Logan County Veteran Honor Guard.

Memorial contributions may be made to the Logan County Vets to DC PO Box 516 DeGraff, OH 43318

The staff of the Eichholtz Daring & Sanford Funeral Home in West Liberty is honored to serve the Clark family.

To order memorial trees or send flowers to the family in memory of John Roger Clark, please visit our flower store.
Send a Sympathy Card