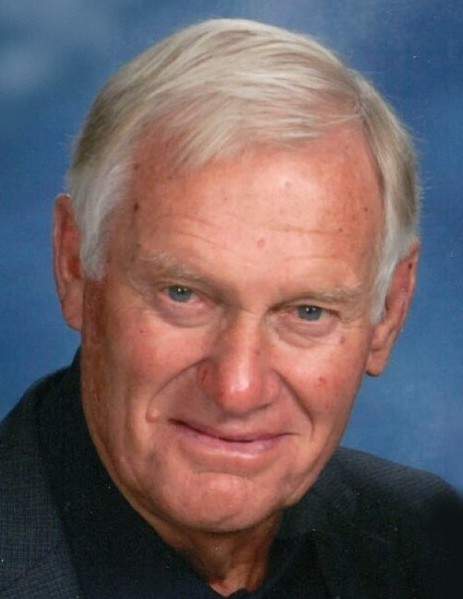 John Frederick Maier, 87, of Huntsville, Ohio went home to be with his Lord March 31, 2021, surrounded by his loving family at Riverside Methodist Hospital.

John was born May 17, 1933 in Bellefontaine, Ohio to the late John E. Maier and Eula (Wish) Maier. He was also preceded in death by his son, Dr. John F. Maier II, an infant granddaughter, Molly E. Maier and a brother, Richard P. Maier.

John graduated from Huntsville High School in 1951 and was drafted into the Army in May of 1955. He was discharged shortly thereafter to run the family dairy farm after the death of his father. He continued farming on that family farm alongside his brother Bob for 46 years until his retirement.

The greatest joys in his life were his faith, his loving wife Ann and his children and grandchildren. He was the definition of kind hearted, loving, loyal, and Godly and was a wonderful role model of what a husband, father, Papaw and Christian should be. His faith was unwavering no matter the circumstances in his life. Our loss is Heaven’s gain. He was a faithful servant of God for his entire life at Calvary Baptist Church where he previously served as a deacon, AWANA leader and greeter with his wife Ann. He served on the Logan County Co-Op Board of Directors for several terms and was a member of the Agrarian Club for many years. He loved his golf outings with his golfing buddies, his son-in-law and grandsons. He was a loyal Buckeye fan, win or lose and he loved watching the harvest on the farm. In his years after retirement, he and Ann would winter in Florida where they made many lifelong friends.

The family would like to thank the wonderful staff at Riverside Methodist Hospital for the tremendous care that was given to him in his final days.

Pastor Jeff Willetts will officiate John’s funeral Monday, April 5, 2021 at 1 p.m. at the Calvary Baptist Church in Bellefontaine, where visitation will be held from 11 a.m. to 1 p.m.

Burial will be at the Huntsville Cemetery.

Due to the current pandemic orders, please be symptom-free, practice social distancing and wear a mask.

Memorial contributions can be made to The American Heart Association  5455 North High St. Columbus, Ohio 43214 or the Mary Rutan Foundation  205 E. Palmer Rd.  Bellefontaine, Ohio 43311 for the purchase of patient transport chairs.

The staff of the Eichholtz Daring & Sanford Funeral Home & Cremation Center in Bellefontaine is honored to serve the Maier family.

To order memorial trees or send flowers to the family in memory of John Frederick Maier, please visit our flower store.