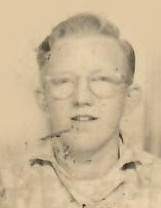 John was born in Springfield, Ohio May 15, 1936, to the late Hersel and Leora (Freeze) Newland.  He was also preceded in death by four brothers, Donald Newland, Hersel Newland Jr., Robert Newland and Richard Newland and a sister, Beverly Ann Bame.

A Veteran of the United States Air Force, John worked as a carpenter and was a member of the Carpenters Union #719.  He was also a member of the Indian Lake Moose Lodge and the Indian Lake Eagles.  He loved fishing, horse racing, going to the casinos and watching baseball.  John had a big heart and never got too worked up over anything.

Following John’s wishes, he will be cremated and there will be no services.

The family is being served by the staff of the Eichholtz Daring & Sanford Funeral Home & Cremation Center in Bellefontaine, Ohio.

To order memorial trees or send flowers to the family in memory of John Orville Newland, please visit our flower store.