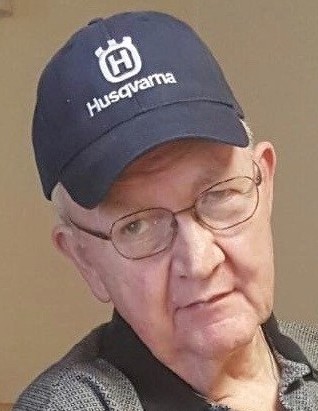 He was born in Kenton, Ohio April 9, 1941, to the late Charles and Lucille (Eikenbary) Pearson. On August 19, 1972, he married Judith A. Ruble and she preceded him in death November 16, 2017. A sister, Charlotte Pearson, also preceded John in death.

John was a United States Navy Veteran and retired from Rockwell International and was a member of the First Christian Church in Bellefontaine.  John enjoyed motorcycles, working on cars, playing cards, hunting and bowling.  He loved spending time with his grandkids and great grandkids.  All who knew and loved John will miss him.

Visitation will be held Wednesday, March 11, 2020 from 1 to 2 p.m. at the Eichholtz Daring & Sanford Funeral Home in Belle Center.

Pastor Russell Gumm will then officiate the funeral service at 2:00 p.m. at the funeral home.

Burial will follow the funeral service at the Fairview Cemetery in Belle Center. The Logan County Veterans Honor Guard will provide military rites at the cemetery.

To order memorial trees or send flowers to the family in memory of John E. Pearson, please visit our flower store.
Send a Sympathy Card