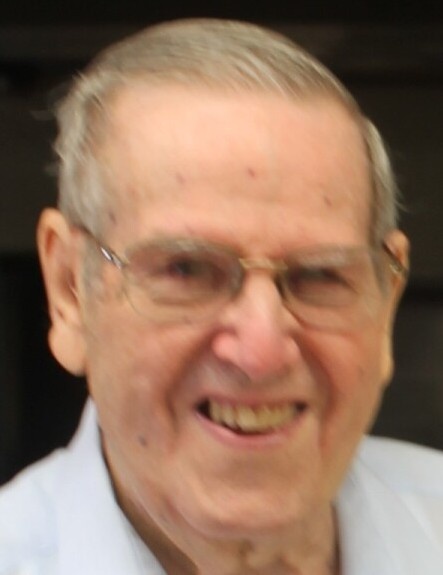 John Allen Shroyer, 94, of Marysville, passed away at 8:30 a.m. on Saturday December 12, 2020 at Monarch Nursing Home in Marysville, Ohio due to complications from the coronavirus. He previously lived with his wife Joann at Walnut Crossing Assisted Living in Marysville.

He was born October 4, 1926 in Huntsville, Ohio to James and Cora Shroyer who both proceeded him in death.  He was also proceeded in death by four sisters and brothers-in-law; Nettie (Everett) Wren, Violet (Edward) Jones, Virginia (Robert) Muth, and Marilyn (Junior) Miller; and a niece Rebecca Brown Farrell of Sandusky, Ohio.

John is survived by his wife, Joann (Snyder) Shroyer, whom he married on June 12, 1949 in Rushsylvania, Ohio. They recently celebrated their 71st anniversary this past year. He is also survived by his son Richard Allen (Karen) Shroyer of Marysville; his granddaughter, Jenna L. Shroyer of Miami, Florida; and several nieces and nephews.

John served in the United States Air Force from 1946 to 1949 where he was stationed in Washington D.C. and Schweinfurt, Germany. He was employed as a welder and parts fabricator at Wilco Inc in Kenton Ohio for 33 years, and then worked for 15 years with Tom Henry’s Code Book Store of Winter Park, Florida. John enjoyed traveling and camping in the United States and traveled Europe. In previous years he especially enjoyed traveling to Hocking Hills in Ohio with his Mom, Dad, and other family members. He was an avid square dancer for over 25 years and a member of the High Point Seesaw Club where, along with his wife, made lifelong friends and traveled to national square dance conventions.

The family will receive friends from 1-2 p.m. on Friday, December 18, 2020 at the Eichholtz Daring & Sanford Funeral Home and Cremation Center in Bellefontaine, where Pastor Shelly Stephenson will officiate the funeral service at 2:00 p.m. It is requested that guests in attendance be symptom free, wear a mask and practice social distancing.

To order memorial trees or send flowers to the family in memory of John Allen Shroyer, please visit our flower store.