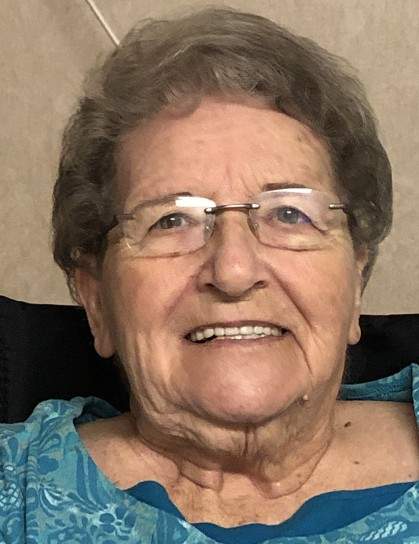 She was born in Moulton, Alabama (Lawrence County) May 2, 1935, a daughter of the late Charlie and Cora Elizabeth (Lambert) Posey.

On September 22, 1984, she married Gary E. Dowler and he preceded her in death October 24, 2011.  She was also preceded in death by five sisters and four brothers.

She is survived by three daughters, Gina Lee of Marysville, Ohio, Denise (Laurie Oswald) Alexander of Newark and Donna Alexander of Belle Center, Ohio; two sons, Darrell (Kelly) Alexander of Kenton, Ohio and Mark (Leta) Alexander of Arizona; sixteen grandchildren; fifteen great grandchildren with one on the way; a brother, James Posey of Florence, Alabama; numerous nieces and nephews and her dog, Desi.

Johnie worked as a homemaker, for T.R.C. in East Liberty and was a very successful Avon saleslady.  She volunteered with the Mary Rutan Hospital Guild and was active with her children’s activities including P.T.O. and Band Parents.  She always said that her greatest accomplishments were her children and her family.

Pastor Bryan Meadows will officiate the funeral service Thursday, July 22, at 7:00 p.m. at Eichholtz Daring & Sanford Funeral Home & Cremation Center in Bellefontaine where friends may call two hours prior to the funeral service.

The staff of the Eichholtz Daring & Sanford Funeral Home & Cremation Center in Bellefontaine is honored to serve the Dowler family.

To order memorial trees or send flowers to the family in memory of Johnie Marie Dowler, please visit our flower store.