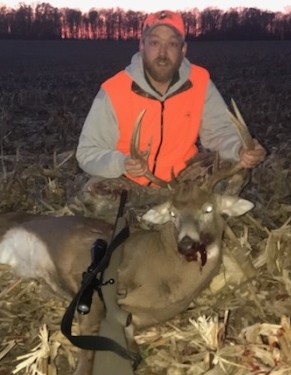 A 2002 graduate of Riverside High School, Josh worked as a machinist for Prodeva in Jackson Center, Ohio. He was a volunteer for the DeGraff Fire Department for eighteen years, most recently serving as Assistant Chief. He was a Green Bay Packers fan who enjoyed all outdoor activities, including hunting, camping, riding his Harley-Davidson motorcycle and playing softball for C&R Pharmacy.

Pastor Bill Halter will officiate the funeral service at 1:00 P.M. Thursday, April 18, 2019 at the funeral home.

To order memorial trees or send flowers to the family in memory of Joshua Daniel Goings, please visit our flower store.
Send a Sympathy Card