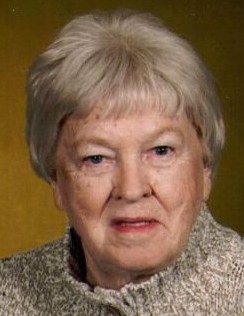 She was born December 19, 1933, a daughter of the late Perry Louis and Wilma B. (Tomlinson) Heintz. On July 8, 1951, Joyce married, her husband of sixty five years, Marvin Eugene Rostorfer in Jackson Center, and he preceded her in death March 8, 2017. She was also preceded in death by her sister, Rita Newberry; her brother, Neil Heintz and a son-in-law, Tom Ricker.

A graveside service will be held at a later date at the Seventh Day Cemetery in Jackson Center.

To order memorial trees or send flowers to the family in memory of Joyce M. Rostorfer, please visit our flower store.
Send a Sympathy Card