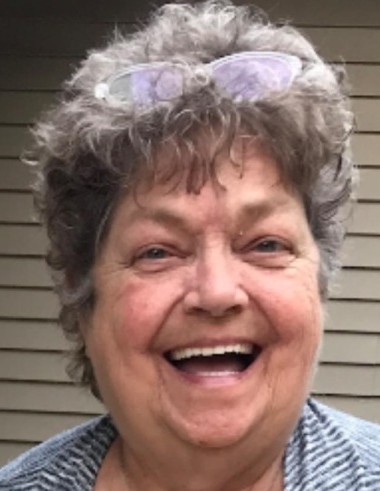 Judythe F. Roach, age 79, of Bellefontaine, Ohio and formerly of West Mansfield, Ohio passed away at 11:58 p.m. Tuesday, October 1, 2019, at her home surrounded by her family.

She was born in West Mansfield August 20, 1940, to the late John Robert and Eileen R. (Kraus) Gordon.  Also preceding Judy in death was her son, Mark Roach in 2006; a sister, Penny McCarthy; a brother, Mike Gordon and the father of her children, Paul T. Roach.

She is survived by her daughters, Brenda (Kim) Stevenson, Dianna (Chris) Brown, and Jane Roach; fourteen grandchildren; thirteen great grandchildren, with one on the way; a sister, Diane (Howard) Brubaker; a brother-in-law, Robert McCarthy; a sister-in-law, Jean Gordon and several nieces and nephews.

Visitation will be held Sunday, October 6, 2019 from 2 to 5 p.m. at the Eichholtz Daring & Sanford Funeral Home & Cremation Center in Bellefontaine.

Pastor Jeffory Willetts will officiate the funeral service at 11:00 a.m. Monday, October 7, 2019 at the funeral home.

Burial will follow the funeral service at the Greenlawn Cemetery in West Mansfield.

The arrangements are in the care of the staff off the Eichholtz Daring & Sanford Funeral Home and Cremation Center in Bellefontaine.

To order memorial trees or send flowers to the family in memory of Judythe F. Roach, please visit our flower store.
Send a Sympathy Card