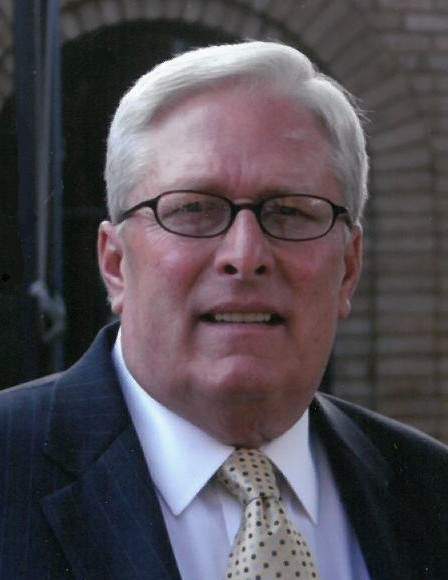 Larry is survived by his wife of fifty one years, Beverly (Caudell) Preston; his brothers, Ray (Carol) Preston of Arcanum, Ohio and Richard (Judy) Preston of Ormond Beach, Florida; his sisters-in-law, Pam Caudell of North Webster, Indiana, and Loretta Fansler of Columbus and a brother-in-law, Warren Caudell of Union City, Indiana.  Larry was also proud of his many nieces and nephews.

Larry grew up in Ithaca, Ohio, and graduated from Arcanum High School in 1964.  He then went on to join the United States Navy and spent two tours of duty in Vietnam on the USS Kitty Hawk assigned to the VA-85 attack squadron.  Following his honorable discharge from the Navy, Larry worked for Quality Farm & Fleet as the Bellefontaine store manager for several years and he retired from Honda of America Mfg. in 2007 as a coordinator in administration.  While at Honda, Larry also worked with the North American Task Force Group working and living in Suzuka, Japan.

Being an avid fisherman, Larry enjoyed spending time at Lake Erie and fishing on the lake with his friends and relatives.  He also enjoyed traveling to Alaska to fish and spending time in Florida during the winter. Attending the Daytona 500 with his brother Dick and other friends was a special time for Larry.  He was a lifetime member of the Bellefontaine Elks Lodge #132 and loved being a dog parent supporting dachshund rescue.

Friends may call at the Eichholtz Daring & Sanford Funeral Home & Cremation Center in Bellefontaine Thursday, March 12, 2020 from 5 to 8 p.m.

Pastor Bryan Meadows will officiate Larry’s Celebration of Life service Friday, March 13, 2020 at 10 a.m. at the funeral home with military honors to follow performed by members of the Logan County Veteran Honor Guard.

Burial will be at the Greenville Union Cemetery in Greenville, Ohio at 2:30 p.m.

To order memorial trees or send flowers to the family in memory of Larry J. Preston, please visit our flower store.