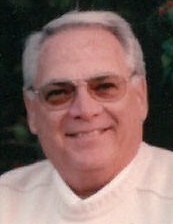 He was  born in Bellefontaine August 21, 1942, a son of the late Ernest LeRoy and Martha (Neske) Robinaugh. In addition to his parents, Larry was preceded in death by a nephew, Scott Molton and a brother-in-law, William Molton.

Larry graduated from Bellefontaine High School in 1960. He was a member of the First United Methodist Church.   Larry was Chief of Box 15 Volunteer Fire Department for many years and a past President of Bellefontaine Lions Club. Larry worked for  the Kennedy, Van Horn and Eichholtz Funeral Homes and purchased the ambulance service from the funeral home and started Robinaugh Ambulance Service in 1976 . He became one of the first EMTs in Logan County, serving the county for 47 years until his retirement in 2007.  He was a past board member of the Ohio Ambulance Association. He was a longtime member and past President of Top of Ohio Cruisers attending numerous car shows each year  where you often saw his beloved dog Maddie with him.

The family will receive friends from 2 to 6 p.m. Monday, November 15, 2021, at the Eichholtz Daring & Sanford Funeral Home & Cremation Center in Bellefontaine.

Pastor Mike Sandlin will officiate the funeral service at 11:00 a.m. Tuesday, November 16, 2021, at the funeral home.

The staff of the Eichholtz Daring & Sanford Funeral Home & Cremation Center in Bellefontaine is honored to serve the Robinaugh family.

To order memorial trees or send flowers to the family in memory of Larry L. Robinaugh, please visit our flower store.