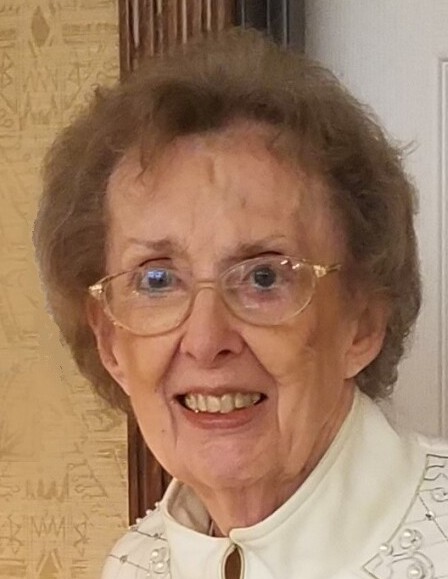 Laura was born in Bellefontaine, Ohio, to two high school English teachers.  While in kindergarten, Laura met several girls and began friendships that lasted 80+ years.  They were all very dear to her and remained close through letters, calls and occasional lunches. Two events were memorable to Laura when recalling her high school years.  An anonymous benefactor sent her, along with three others, to an elite cheerleading camp which was fun, grueling and special to her.  The other event was inviting Richard Allan Corwin to a Sadie Hawkins dance.  He would become her husband on August 6, 1955.

Rich and Laura, with their three children, moved to Dayton, Ohio in 1963.  It was here that another enduring group of friendships began.  “The Christopher Gang” (8 couples) played Bridge, took trips, raised their families, and had great (loud) parties.  Although Rich and Laura then moved to Trotwood and the other couples scattered, the group stayed close for many years.

Laura’s career was spent at Good Samaritan Hospital, working as a Medical Staff Secretary.  For 25+ years, she attended all hospital committee meetings, using her legendary shorthand skills to capture meeting notes. She occasionally traveled to attend conferences and hone these skills.  While working full-time, Laura was still a busy mother sewing, cooking and planning outings and vacations for the family.  She really enjoyed hosting family gatherings and parties and went “all out” for these events.

Several stories about this small but mighty woman have become family lore: standing up to a “social security guy” (store security guard) for his wrongful accusation of shoplifting, leading a huge fundraising campaign to send the TMHS marching band to the Fiesta Bowl parade in AZ, and fully recovering from removal of a benign brain tumor in 2000.  As Laura often said, “I am tough”.

Laura moved to Cincinnati in February 2020 to be closer to her daughters.  Sadly, health problems and Covid lockdowns kept her from getting to know Cincinnati.  Still, her family finds comfort they could help her as she struggled through her declining years.

As Laura’s 96-year old grandfather wrote to her (8 years before his death): “You need not be ashamed of your ancestors on both sides of the house”.   Heeding his words of wisdom, she took great pride in her family members – both past and present.  Although a somewhat private person, Laura worked hard at maintaining family connections and “friendships that felt like family” through regular phone calls, cards and visits.  She will be greatly missed by those who felt her love.

“Grief is the price we pay for love.”

Pastor David Yinger will officiate Laura’s funeral Saturday, June 26, 2021, at 12 noon at the Eichholtz Daring & Sanford Funeral Home in West Liberty, Ohio where friends will be received an hour prior to the funeral service.

The staff of the Eichholtz Daring & Sanford Funeral Home in West Liberty is honored to serve the Corwin family.

To order memorial trees or send flowers to the family in memory of Laura W. Corwin, please visit our flower store.
Send a Sympathy Card