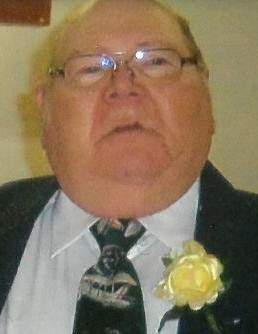 Larry was born in Rushsylvania, Ohio October 20, 1941, to the late Laurence Ludlow and Ethel (Gilbert) Abbott.  He was also preceded in death by a son, James W. “Bubba” Abbott; sons-in-law, Randall Skidmore and John Eric “Rick” Urban and a sister, Constance White.

Larry married the former Helen Andrews March 3, 1962 in East Liberty, Ohio and she survives in Bellefontaine.  He is also survived by daughters, Jackie Skidmore and Connie (Keith) Close, both of Bellefontaine, and Beverly Jo (Mike) Smith of Swanton; a son, Larry (Jennifer) Abbott of Olmsted Twp., Ohio; nine grandchildren; eight great-grandchildren with one more on the way; sisters, Charlotte Larabee of Connecticut, and Debra Abbott of Florida; a brother, Jerry Abbott of Florida and numerous nieces and nephews.

Larry was a truck driver for thirty years before he retired.  Most recently, he was delivering newspapers and he loved to take time to talk to his delivery customers.  Larry enjoyed tractor pulls, woodworking, paint-by-numbers, model airplanes and cross-stitching.

There will be no services at this time.  A celebration of Larry’s life will be held at a later date.

To order memorial trees or send flowers to the family in memory of Laurence L. Abbott, please visit our flower store.