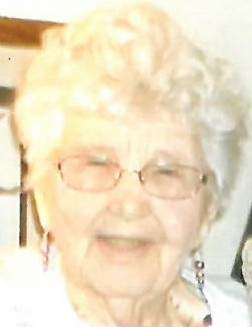 She was born in Bellefontaine February 4, 1931, a daughter of the late Donald H. and Ida A. (Bibb) Blackburn.  She was also preceded in death by her sister, Marilyn “Sue” Spain in 1963.

Lillian was a 1950 graduate of Bellefontaine High School and then went on to graduate from cosmetology school.  She owned and operated Lillete’s Beauty Shop on North Detroit Street in Bellefontaine for a number of years.  She later opened a ceramics shop in Belle Center, Ohio where she taught ceramic classes.  She also enjoyed making jewelry and crocheting.  After retirement, she split her time between Bellefontaine and Betmar Acres in Zephyrhills, Florida.

Pastor Bryan Meadows will officiate a graveside service at 12 noon Monday, February 3, 2020 in the gazebo at the Highland Memorial Cemetery in West Liberty, Ohio.

The staff of the Eichholtz Daring & Sanford Funeral Home & Cremation Center in Bellefontaine is honored to serve the Hughes family.

To order memorial trees or send flowers to the family in memory of Lillian Mae Hughes, please visit our flower store.