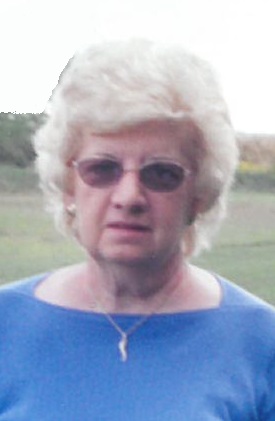 Lina was born in DeGraff, October 7, 1937, to the late Leroy and Florence Eva (Blue) Hengsteler.  She married Robert Joseph “Bobby” Jackson in 1984, and he preceded her in death April 23, 2020.  Lina was also preceded in death by three brothers and sisters-in-law: William (Jane) Hengsteler, James (Betty) Hengsteler, and Robert (Twila) Hengsteler; and her former husband John R. Rolfe whom she married in November of 1957.

Lina is survived by a daughter, Lorna Jean Rolfe of Seattle, Washington; a brother-in-law, Bub (Lynda) Jackson of St. Paris, Ohio and numerous nieces and nephews.

Lina was a lifelong resident of DeGraff and graduated from DeGraff High School – Class of 1955.

Following Lina’s wishes, there will be no public services. She will be interred at a later date with a private service at Greenwood-Union Cemetery.

The family would like to thank the staff at Green Hills and Universal Home Health Hospice for their exceptional care provided to Lina.

The staff of the Eichholtz Daring & Sanford Funeral Home & Cremation Center in Bellefontaine is honored to serve the Jackson family.

To order memorial trees or send flowers to the family in memory of Lina E. Jackson, please visit our flower store.
Send a Sympathy Card