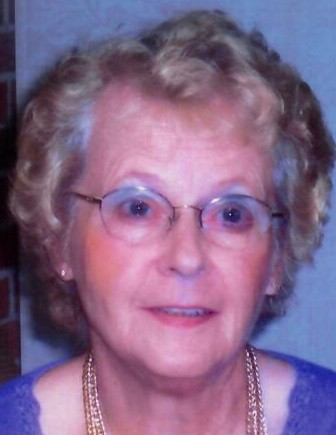 She was born in West Liberty, August 24, 1929, a daughter of the late Chester A. and Beulah Fay (Grubbs) Patrick.  She was also preceded in death by her first husband, George E. Smith in 2006; a granddaughter, Jaimi L. Smith in 2008 and her two brothers, Jim and Tom Patrick.

After graduating high school, Eileen worked as an assembler for ITE/Bulldog/Siemens in Bellefontaine.  She was a longtime member of the St. Patrick Catholic Church in Bellefontaine as well as the Logan County Art League.  In her younger years, she was an avid bowler, loved to go camping, traveled to forty six States, enjoyed square dancing and collecting dolls.

Visitation will be held Friday, November 6, 2020 from 5 to 7 p.m. at the Eichholtz Daring & Sanford Funeral Home & Cremation Center in Bellefontaine.

Father Shawn Landenwitch will celebrate a Mass of Christian Burial Saturday, November 7, 2020 at 10:00 a.m. at the St. Patrick Catholic Church in Bellefontaine.

Burial will follow the service at the church at the Fairview Cemetery in West Liberty.

The staff of the Eichholtz Daring & Sanford Funeral Home & Cremation Center in Bellefontaine is honored to serve the Smith and Davidson families.

To order memorial trees or send flowers to the family in memory of Lola Eileen Smith-Davidson, please visit our flower store.
Send a Sympathy Card