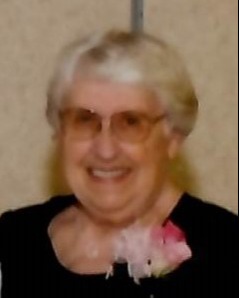 Margery S. Wiles, 91, of DeGraff, passed away at 11:20 p.m. on Friday, October 14, 2022, at Ohio Living Dorothy Love, in Sidney, Ohio. She was born on December 15, 1930, in Champaign County, Ohio, a daughter of the late Harry Ellsworth and Elizabeth Euphemia (Barger) Sidders. In addition to her parents, Margery was preceded in death by her son, Ferman E. Wiles Jr.; two sisters, Sarah Ann Yoder, and Nellie Mae Lemmon; and two brothers, William R. Sidders, and Russell L. Sidders.

A 1948 graduate of Rosewood High School, Margery had resided in DeGraff for over 60 years. She was employed at Merchants Industries in Bellefontaine until its closing, then worked as a grill cook at the East Liberty Honda Plant until her retirement in 2015 at age 84. Margery loved to work jigsaw puzzles, read, and do crosswords.

A visitation will be held from 10 a.m. to 12 p.m. on Wednesday, October 19, 2022, at Daring & Sanford Funeral Home, 210 W. Hayes Street in DeGraff, where Pastor Bryan Meadows will officiate a funeral service at 12:00 p.m. Burial will follow in Wesley Chapel Cemetery in Harrison Township, Champaign County, Ohio.

Memorial Contributions may be made to Hospice of Miami County, 3230 N. County Road 25A, Troy, Ohio 45373 or online at hospiceofmiamicounty.org.

DARING & SANFORD FUNERAL HOME, DEGRAFF is honored to serve the Wiles family and encourages anyone to share a fond memory or message of condolence at www.edsfh.com.

To order memorial trees or send flowers to the family in memory of Margery Sue Wiles, please visit our flower store.