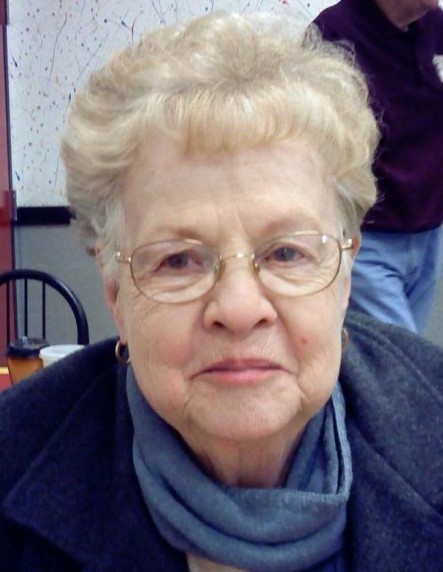 She was born in DeGraff, Ohio June 5, 1930, a daughter of the late Edgar and Hazel (Garver) Miller.

Marilyn grew up in DeGraff and graduated from DeGraff High School in 1948.  She married Robert VanBuskirk in 1953 and had five daughters.  They later divorced.  She then married E. Darrell Knief in 1984 and he preceded her in death in 2006.  She was also preceded in death by two daughters, Vicki Gist and Bobbi Dearwester and a son-in-law, Steven Gist.

She retired from LeRoi Dresser in Sidney, Ohio after twenty four years as an executive secretary.  She also worked as a police officer in DeGraff for five years.  Marilyn enjoyed her time volunteering with the Riverside and Bellefontaine school districts.  She liked to square dance, play cards and enjoyed reading.  Her greatest joy in life were her daughters.

Pastor Kevin Greenwald will officiate a memorial service at 12 noon Saturday, February 15, 2020 at the First Christian Church in Bellefontaine.

Visitation will be held one hour prior to the memorial service at the church.

Burial will follow the memorial service at the Greenwood-Union Cemetery in DeGraff.

The staff of the Eichholtz Daring & Sanford Funeral Home & Cremation Center in Bellefontaine is honored to serve Marilyn’s family.

To order memorial trees or send flowers to the family in memory of Marilyn J. VanBuskirk Knief, please visit our flower store.
Send a Sympathy Card