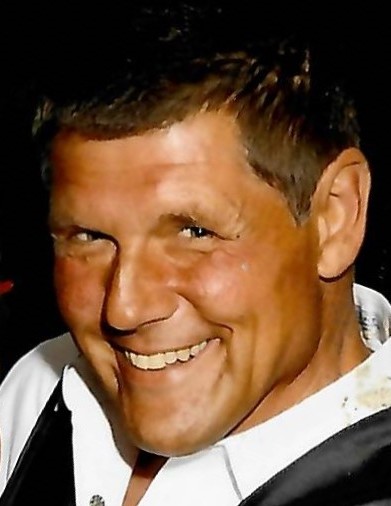 He was born July 12, 1964, in Sidney, Ohio, a son of James Edward “Jim” and Connie Lou (Calland) Knief of Lewistown, Ohio where Mark was raised.

Mark was married to Lori Counts for 27 years, and she survives in Botkins. He is also survived by, and had currently been living between, the two most important people in his life, one daughter, Jessica (Ike) Ricker on one side of the block, and Whitney Knief on the opposite side; and what came from one of his daughters, the two greatest blessings of his life, 2 grandsons, Kasen Thomas Ricker, and Korbyn James Ricker. He is also survived by two sisters, Lisa (Jeff) Wren of Cleveland, Ohio and Laura (Bill) Bellman of Lima, Ohio and tons of aunts, uncles, nieces and nephews. He was preceded in death by all his grandparents.

Mark was an amazing fabricator and believed that you should love your job for more than a check. That is why he left farming and truck driving to start Knief Enterprises, LLC. He loved having nerf wars with his grandsons, was an avid hunter, and took his fishing boat out every chance he got. He taught both of his girls how to hunt, fish, and always said they were his “lil boys”. Mark was a member of St. Paul Lutheran Church in Botkins. He will be deeply missed, but we know he is finally at peace with some of his favorite people and grandparents. This isn’t goodbye, it’s see you later alligator.

The family will receive friends from 1 to 4 p.m. Sunday, July 11, 2021 at the Eichholtz Daring & Sanford Funeral Home in Jackson Center.

Burial will be at the Rae Cemetery in Bloomfield Township Ohio.

The staff of the Eichholtz Daring & Sanford Funeral Home in Jackson Center is honored to serve the Knief family.

To order memorial trees or send flowers to the family in memory of Mark Edward Knief, please visit our flower store.
Send a Sympathy Card