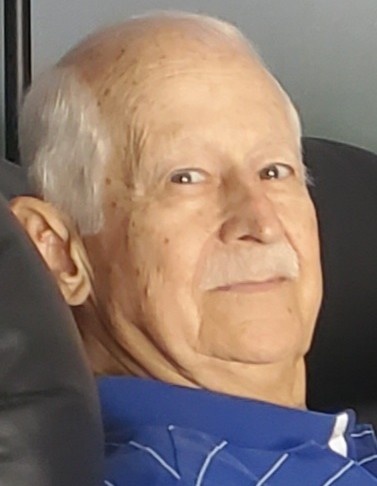 Marvin L. Swonguer, age 79, of Belle Center, Ohio passed away at his residence August 12, 2020 at 11:42 p.m. He lived his entire life in Logan County. Marvin was born near DeGraff, Ohio May 4, 1941, to Huber Hudson and Betty Jane (Bishop) Swonguer who preceded him in death. He was also preceded in death by a twin grandson, Joshua Curtis Swonguer.

Marvin graduated from Washington High School in Lewistown, Ohio. He completed a course in Business Management from LaSalle University in 1964 while working at Mid-States Container Corp. in DeGraff. In 1965, he went to work at Super Foods Services and while working there continued his education taking training from IBM and other trade schools. In 1970, he went to work at ITE (Siemens) in Bellefontaine as the Manager of Information Systems and retired from there after thirty one years.

After retirement, he and Peg did some traveling and spent their winters in the St. Petersburg, Florida area. He had time to spend on his favorite hobbies – fishing, golf and spending time with his wonderful family and friends. He is very thankful for the last five years that God granted him to spend with his family. He was an active member of the Gretna Brethren Church since 1957, where he served several years as treasurer, trustee and sang with the choir. He found out a long time ago that the family that prays together stays together.

Visiting hours will be held at the Eichholtz Daring & Sanford Funeral Home and Cremation Center in Bellefontaine August 18, 2020 from 6:00 p.m. to 9:00 p.m.

To order memorial trees or send flowers to the family in memory of Marvin L. Swonguer, please visit our flower store.