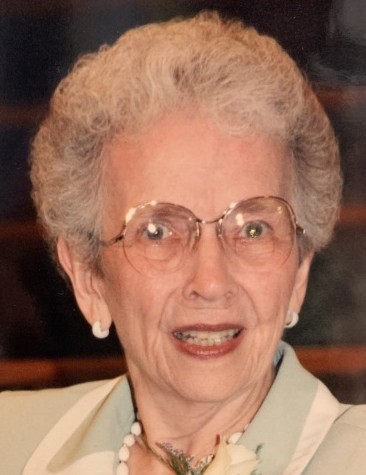 Mary Florence Coles Yoder, age 95, of West Liberty, Ohio went to be with her Lord and Savior Jesus Christ Friday evening, May 1, 2020 at Green Hills Community in West Liberty.

Mary was born in Columbus, Indiana January 6, 1925, to the late Charles L. and Mary Myrtle (Calvin) Coles.  She married Hubert Yoder January 6, 1951 in West Liberty, and he preceded her in death June 20, 2013.  She was also preceded in death by six siblings and a great-grandson, Brendan.

Mary came to Ohio as a young lady to help set up Bible schools. While doing this she met Hubert and they later married and settled in West Liberty.  A member of Grace Chapel, she enjoyed teaching Sunday school and Bible studies to all ages for many years.  Mary considered it a personal mission to be a prayer warrior for all. She had worked part-time at Esch’s Meats and also twenty five years at Marie’s Candies.

Pastor Randy Jenkins will officiate Mary’s funeral Friday, May 8, 2020, at 11 a.m. at the Grace Chapel in West Liberty.  Seating for the funeral at the church will be in every other pew for the public due to pandemic guidelines.

The arrangements are being handled by the staff of the Eichholtz Daring & Sanford Funeral Home in West Liberty.

To order memorial trees or send flowers to the family in memory of Mary Florence Yoder, please visit our flower store.
Send a Sympathy Card