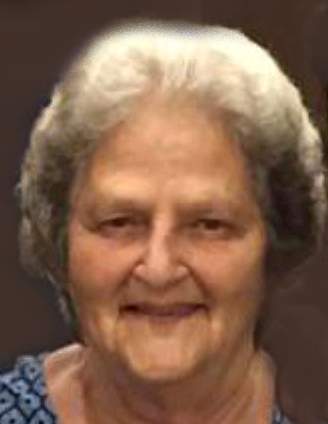 She was born in Springfield, Ohio January 27, 1934, a daughter of the late Raymond E. and Margaret W. (Engle) Winkhart.

On June 2, 1951, she married Elmer Lewis Young and he preceded her in death August 6, 2016.  She was also preceded in death by a son, David Young; a sister, Betty Johnson and two brothers, Harold Winkhart and William “Billy” Winkhart.

Jeanie worked several places including working as a candy maker at Marie’s Candies in West Liberty.  She was a longtime member of the West Liberty First Church of God and loved to cook and bake for her family and friends.  She loved to host and attend family get-togethers and always made more than enough food for everyone.  She was always there for her children’s activities and sporting events and as time went on, she would be there at her grandchildren’s events.  She was a fan of The Ohio State Buckeyes and the New York Yankees.

Burial will be at the Highland Memorial Cemetery in West Liberty.

Due to current pandemic orders, please be symptom-free, practice social distancing and please wear a mask.

The staff of the Eichholtz Daring & Sanford Funeral Home in West Liberty is honored to serve the Young family.

To order memorial trees or send flowers to the family in memory of Mary I. Young, please visit our flower store.