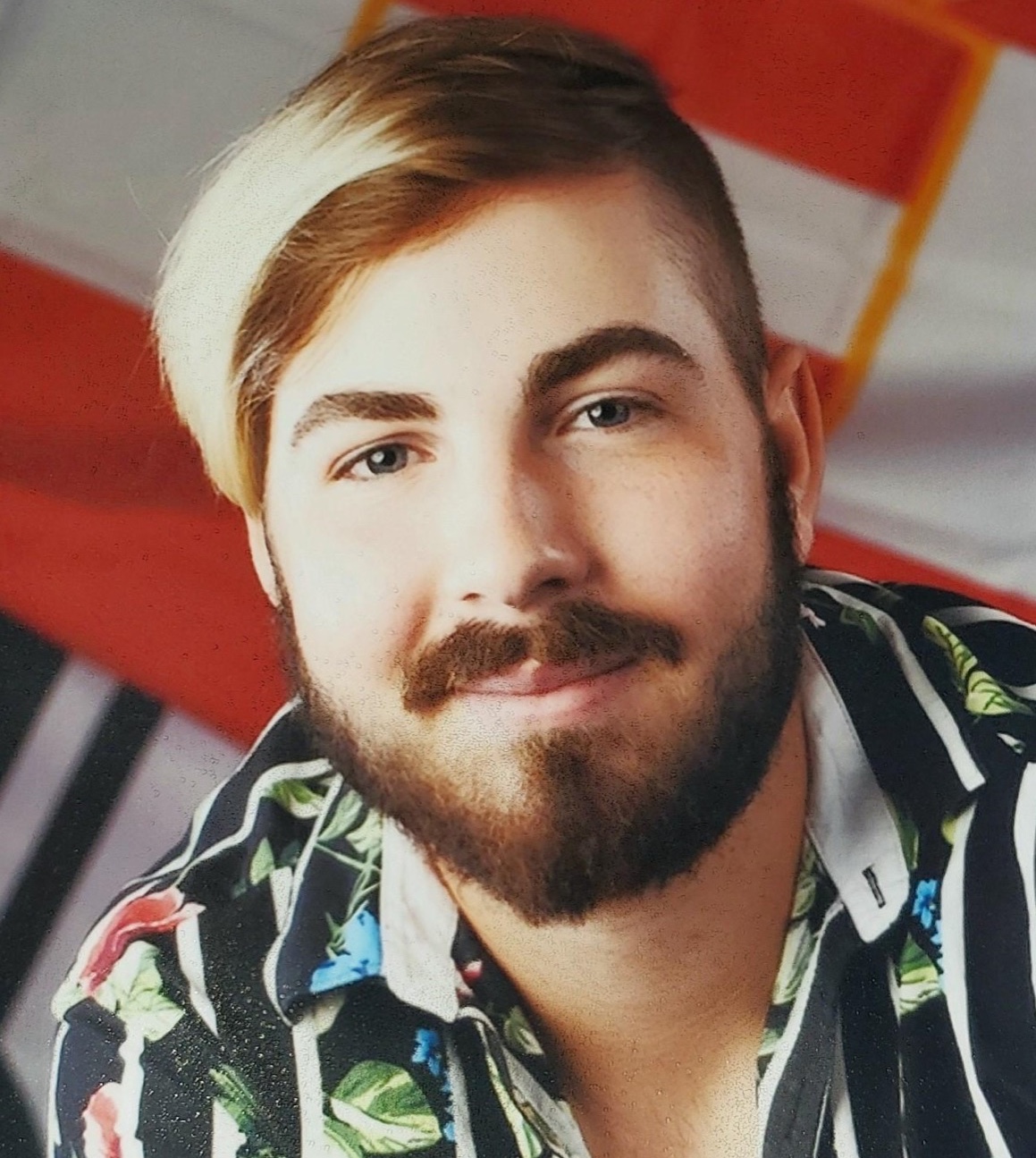 Matthew Curtis Roach went to be with his Lord and Savior January 1, 2022.

Matt was born September 4, 2003, to Curtis and Rebecca Roach of DeGraff, Ohio.

Matt was a Senior at West Liberty-Salem H.S. He was proceeded in death by his grandparents, Donald and LaQuita Roach. Matt is survived by his parents, Curtis and Rebecca Roach; his sisters, Stephanie (Isaac) Kauffman of Columbus and Kelli Roach of DeGraff; his grandmother, Bobbie Morrison of Dayton; his grandfather, A. Curtis (Martha) Morrison of Port St. Lucie, FL.; his uncle, Charles Morrison and cousin Vivienne Morrison of Dayton along with his many special friends and school family (and his many wives).

Matthew was an active member of the high school marching band as a trombone and saxophone player along with Sound Check, the school show choir. He loved performing in the school drama and musical productions. He loved his dog Chimney. He loved history specifically WWI and was a huge Green Bay Packers fan. Matt had enlisted in the United States Navy and was active in the delayed entry program awaiting graduation.

Matt was most known for his beautiful blond locks along with his unique fashion sense with knee high socks and button up shirts.

Visitation will be held from 3 to 7 p.m. Wednesday, January 5, 2022, at the Grace Chapel Church in West Liberty.

Memorial contributions may be made in Matt’s memory, to the West Liberty-Salem High School Music Program.

The staff of the Daring & Sanford Funeral Home in DeGraff is honored to serve the Roach family.

To order memorial trees or send flowers to the family in memory of Matthew Curtis Roach, please visit our flower store.
Send a Sympathy Card