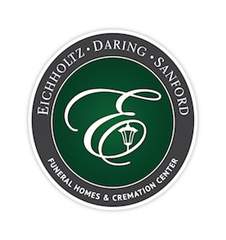 He was born in Tiffin, Ohio November 2, 1949, a son of the late Willis and Hazel (Young) Wagner.  In addition to his parents, he is also preceded in death by two sisters Diane Grosky and Linda McCarley.

Michael grew up in Springfield, Ohio before moving back to Sycamore and graduating from Mohawk High School.  He worked as a restaurateur, owning, operating and managing various restaurants in Ohio and Tennessee.  He enjoyed spending time boating on Indian Lake, playing cards and was a loyal fan of the Cincinnati Bengals and Reds. He had held membership in the Masonic Lodge F&AM.  His grandchildren were his pride and joy and he was very involved in their activities and sporting events.

Phillip Unger will officiate a memorial service at 11:00 a.m. Friday, December 27, 2019 at the Eichholtz Daring & Sanford Funeral Home in West Liberty. Visitation will be held one hour prior to the service at the funeral home.

To order memorial trees or send flowers to the family in memory of Michael S. Wagner, please visit our flower store.