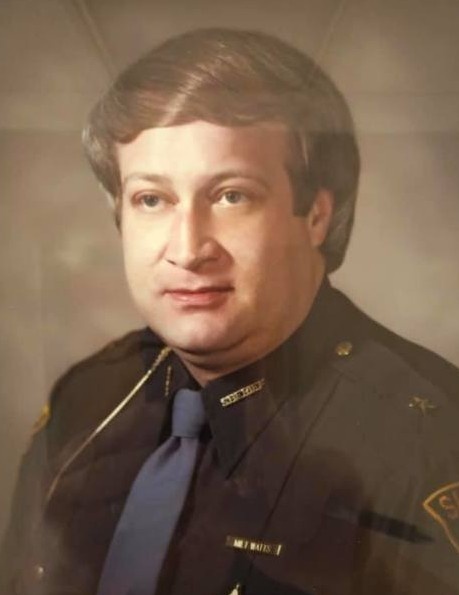 He was born in Urbana, Ohio on January 24, 1952, the son of the late William Howard and Alice (Hunt) Watts.  He was also preceded in death by his sister, Mary (John) Small of Mechanicsburg.

Milt graduated from West Liberty Salem High School in 1970. He worked for DAB in Bellefontaine, he went on to serve his country in the United States Air National Guard. He began his career in law enforcement in 1974 and served as the Logan County Sheriff from 1979 to 1987. He later retired from the Sheriff’s Office in 1994. He then went to work for Acrux Security working for them as a Private Investigator from 1994 to 2006.

Milt enjoyed the outdoors, hunting and fishing, spending time at Logan County Fish and Game. He was a diehard Ohio State Buckeyes and Cleveland Browns fan and enjoyed watching the games in his favorite chair.  He enjoyed playing guitar and his favorite band was McGuffey Lane. Milt always enjoyed a good laugh, especially as a result of one of his pranks.

The family will receive friends from 1 to 5 p.m. Sunday, April 26, 2020, at the Eichholtz Daring & Sanford Funeral Home and Cremation Center in Bellefontaine. In observance of the COVID-19 guidelines, the funeral home and family ask that friends adhere to the following visitation schedule:  Using the first letter of your last name, those guests whose last name begins with the letters A thru F will be welcome between the hours of 1 to 2 p.m.; G thru L from 2 to 3 p.m.; M thru R  from 3 to 4 p.m.; S thru Z from 4 to 5 p.m.  The family also asks that you be symptom-free and to please wear a mask if attending. The family asks that you dress casually and consider wearing your favorite Buckeyes or Browns gear.

Pastor Ken Neighoff will officiate a private funeral service for the family with burial in Huntsville Cemetery.

The staff of the Eichholtz Daring & Sanford Funeral Home and Cremation Center in Bellefontaine is honored to serve the Watts family.

To order memorial trees or send flowers to the family in memory of Milt R. Watts, please visit our flower store.