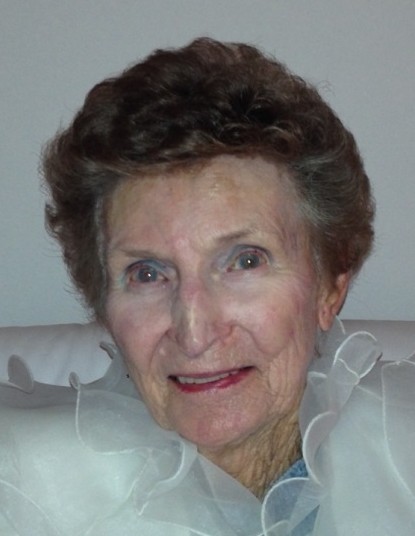 She was born in Rushsylvania November 10, 1923, a daughter of the late Thomas Russel and Mary Ansley Crisler.

Esther is survived by her sisters Marlene Ann (Joe) Thomson of Valley Center, Kansas and Mary Lou Harden of Seffner, Florida as well as many nieces and nephews.

A 1941 graduate of Rushsylvania High School and a 1944 graduate of Christ Hospital in Cincinnati, Ohio, Esther worked in surgery at Mary Rutan Hospital in Bellefontaine, Ohio until 1961. She and her husband then moved to Winter Haven, Florida where she was employed at Winter Haven Hospital for over thirty years, retiring in 1992.  While employed, she taught operating room technicians, was promoted to Department Head of Sterilization and Service.  She attended Polk Community College and graduated with Honors with an Associate in Science Degree.  The American Cancer Society sent her to Emory University in Atlanta, Georgia for in-depth training in Ostomy and Wound Care.  Upon receiving certification, Esther also assumed the duties of Entrostomal Therapist in addition to her other duties.  She also went to school in Chicago where she studied all types of sterilization and upon completion, was a designated instructor teaching not only at her own hospital, but also in Orlando and Tampa.  One student came from Grand Cayman for this class and she made several trips to that island to oversee the sterilization process at the hospital there.  Esther was also privileged to design and equip a new state-of-the-art Sterilization Department in the 600 bed hospital.

Esther was an active member of the choir and missions program at Winter Haven Christian Church. After retirement, she returned to Rushsylvania to be with her mother and other family members and attended her home church, the Church of Christ (now Rush Church) where she served on the Missions Committee. In early 2018 she moved to Kingston Residence in Marion.

A memorial service will be held Sunday, May 23, 2021, at 3 p.m. at the Rushsylvania Church of Christ with Pastor John Watkins officiating.

Due to the current pandemic orders, please be symptom-free, practice social distancing, and wear a mask.

The staff of the Eichholtz Daring & Sanford Funeral Home & Cremation Center in Bellefontaine is honored to serve the Jones family.

To order memorial trees or send flowers to the family in memory of Miriam Esther Jones, please visit our flower store.
Send a Sympathy Card