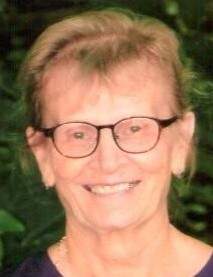 She was born November 16, 1955, a daughter of the late Acie and Edith Viola (Strong) Hawkins.

Mona had worked at Fawcett’s IGA in DeGraff and Hi-Grade Handy Mart in Quincy. She was a former firefighter for the Quincy Fire Department for over thirty four years where she had served as treasurer. In her leisure time, Mona enjoyed making crafts.

The family will receive friends from 4 to 7 p.m. Thursday, June 24, 2021 at the Daring & Sanford Funeral Home in DeGraff.

Burial will follow the funeral service at the Fairview Cemetery in Quincy, Ohio.

The staff of the Daring & Sanford Funeral Home in DeGraff is honored to serve the Kean family.

To order memorial trees or send flowers to the family in memory of Mona Elaine Kean, please visit our flower store.