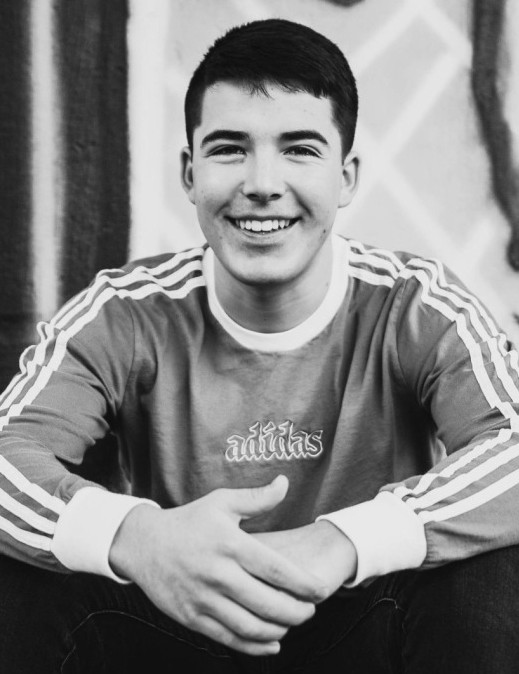 Nicholas Paul Makin, 18, of Bellefontaine, passed away unexpectedly on Tuesday, October 1, 2019 at his residence.

He is preceded in death by his grandfather, Jacob Eldon Johnson.

Nicholas was a 2019 graduate of Benjamin Logan High School, and was currently attending The Ohio State University, Lima Campus.  He loved to be outdoors, and Fall was his favorite season.  He was the happiest riding his four-wheeler, playing basketball or skateboarding with his many friends.  Really, anything athletic, Nick excelled at, even cornhole which he rarely played.  Nick would spend hours out in the woods building forts or just exploring.  He was disciplined and organized and had a motivation and drive that you don’t see in many young people.

He enjoyed working, earning, saving and investing money.  He was reliable & hardworking.  Nick was very close to his little sister Lily which he loved very much.  He also found great joy in aggravating Lily. However, he always helped her with picking out her outfits in the morning.  Nick loved his mom and dad.  He loved his dogs, Baxter and Courtney.  Nick enjoyed the simple things in life.  He enjoyed a home cooked meal with his family.  He enjoyed the closeness of a tribe of friends, too many to ever count.  He was social and loved to have friends over.

He took great pride in his surroundings; his room and car were the cleanest in the family.  He was observant & selfless.  He loved to please people and always made sure his tribe had a soft, clean place to sleep.  Nick was hilarious and had an incredible sense of humor and an infectious smile and laugh that will be missed by so many people.  Nick was an incredible son that made his parents beam with pride.  He will be missed beyond measure.  This family, community and country truly lost an amazing young man.

Pastor Wayne Downing and will officiate the funeral service at 11:00 a.m. Monday, October 7, 2019 at the Goshen Friends Church.

Burial will be at the Fairview Cemetery in West Liberty, Ohio.

To order memorial trees or send flowers to the family in memory of Nicholas Paul Makin, please visit our flower store.
Send a Sympathy Card