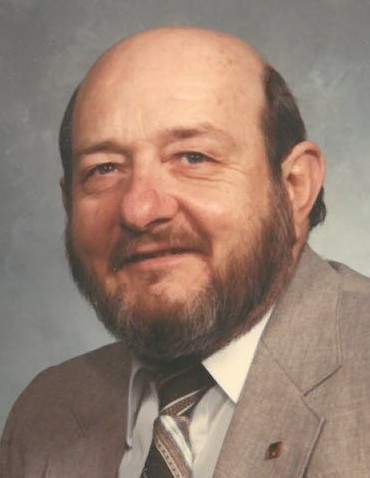 He was born in Zionville, North Carolina February 23, 1930, to the late Ivan E. and Vera (Byers) Church.  Nolan was also preceded in death by two sisters.

Nolan married the former Nina Fry August 1, 1953 in Liberty, Indiana and she survives in Huntsville.  He is also survived by a son and daughter-in-law, Nolan and Dawn Church Jr. of Capital Heights, Maryland and many cousins, nieces and nephews.

A Veteran of the United States Air Force during the Korean War, Nolan met his future wife while stationed at the 664th Aircraft Control and Warning Squadron in Bellefontaine, Ohio. He worked as an engineer at Bendix before he retired.  Nolan and Nina traveled the country for many years until returning and settling in Huntsville where Nina’s family lives.  Nolan was a lifelong musician and had played in Johnny Green’s band back in the day.  Spending time in Florida and the mountains of North Carolina, Nolan knew many musically-inclined friends.  While living in North Carolina, he was a very active member of the Mabel Methodist Church.

A memorial service celebrating Nolan’s life will be held on a later date at the Mabel Methodist Church in Zionville, North Carolina.

The staff of the Eichholtz Daring & Sanford Funeral Home & Cremation Center in Bellefontaine is honored to serve the Church family.

To order memorial trees or send flowers to the family in memory of Nolan C. Church Sr., please visit our flower store.