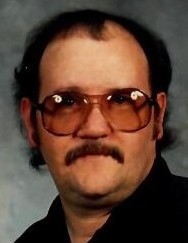 He was born in Dayton, Ohio June 10, 1952, a son of the late Oral and Ruby (Brewer) Prater.  He was also preceded in death by two brothers, Don and Dallas Prater.

J.R. worked in several factories in the area and tended bar at the former Circus Bar in Bellefontaine.  He enjoyed being around people and loved his family, always doing good for others with no expectation of anything in return.  He had special bonds with all his grandchildren including Oliver, to which they were TV buddies.  J.R. also loved to ride motorcycles.

Burial will follow the funeral service at the Bellefontaine Cemetery.  The family asks that you be symptom-free and please wear a mask if attending.

The staff of the Eichholtz Daring & Sanford Funeral Home & Cremation Center in Bellefontaine is honored to serve the Prater family.

To order memorial trees or send flowers to the family in memory of Oral Prater Jr., please visit our flower store.
Send a Sympathy Card