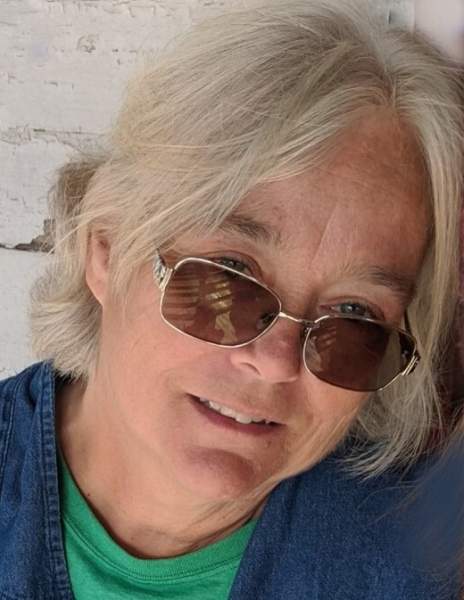 Pamela Sue Jackson, 66, of Bellefontaine, joined her beloved husband, Joseph L. Jackson, in passing this September 10th, 2021, at her residence.

She was born to Diana (Garman) and Ed Dowdy January 13, 1955, in Bellefontaine, Ohio where she was raised with her six other siblings.

Throughout her journey in life, she touched many with her kind and compassionate heart, giving to a fault at times. She showed an unwavering determination and devotion to the whole of her family that was undeniable. Even in her job of over 30 years at DAB/Glacier Daido where she worked till the door closed her coworkers knew of her unshakable will to the things she loved. Her passion for gardening, creating beautiful quilts and crochet work; any of which could be seen on any given day. Pam took great joy and pride in her property, loving to share it with family during gatherings and music sessions.

Together she and Joe had three children who she regretfully left behind Mickie Sue Jackson, Joesph Heath Jackson, and Lisa Marie Jackson Plikerd along with her grandchildren Thoryn A. Jackson, Dakoda M. (Brian Middleton) Plikerd, Stevie N Plikerd, Savannah S. Bouler and Alex R. Bouler; great-grandchildren Talia C. Nelsen, Brayson A. Middleton and Bexley M. Middleton. As well as her beloved companion Fritzie. She is survived by siblings Barbra Dowdy, Sandra Steven's, Rebecca Smith and Beth Dowdy along with eight sister in-laws and six brother in-laws all of which will miss her dearly.

She was proceeded in death by her parents, a brother Ed 'Rudy' Dowdy and a sister Irene Tudor.

Funeral services are planned for Wednesday, September 15, 2021, at 1:00 p.m. at the Eichholtz Daring & Sanford Funeral Home & Cremation Center in Bellefontaine.

Visitation will be held two hours prior to the funeral service at the funeral home Wednesday from 11 a.m. to 1 p.m.

Her burial, along with the cremated remains of her husband will be at the Highland Memorial Cemetery in West Liberty, Ohio following the service.

The staff of the Eichholtz Daring & Sanford Funeral Home & Cremation Center in Bellefontaine is honored to serve the Jackson family.

To order memorial trees or send flowers to the family in memory of Pamela Sue Jackson, please visit our flower store.