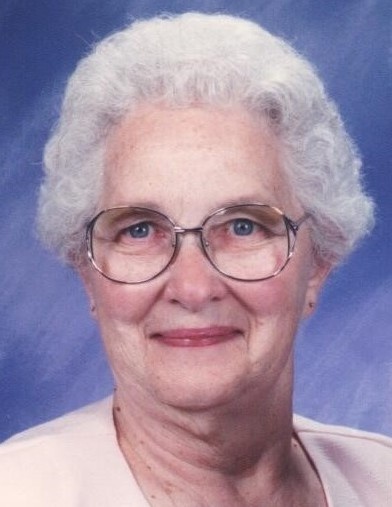 She married Joseph K. King on July 10, 1949. They had a double wedding with her twin sister, Betsy and Myron (Bud) Coverstone. Pat and Joe were married for 66 wonderful years and blessed with four children.

She is survived by her children, Stephen King of Quincy and friend, Judy Gillfillen of Sidney, David King of Quincy, Mark King (Susan) of Sidney and Terri  Roediger of Sidney.  Grandchildren

She was proceeded in death by her parents, husband, twin sister Betsy Coverstone, sister Linda Manning.

Pat was a 1948 graduate of Perry Township. She attended Pemberton Methodist Church.

She was a true farmers’ wife, working alongside Joe, farming and milking. She took great pride in baking special occasion cakes for many people over the years. At one time she also tole painted as a hobby and gave her children priceless art work. Later in life she discovered fishing for salmon in Canada with Joe and her children.

When they were younger she and Betsy were known as “The Brewer Twins” and entertained at various events. They sang, played the accordions, danced, and preformed acrobatics. They were very well known in the area.

Friends may call on Friday December 17, 2021 from 10:00 a.m. to 12.00 (noon) at the Daring & Sanford Funeral Home in DeGraff, Ohio. Pastor Don Burley will officiate a funeral service following the viewing. Burial will be in Cedar Point Cemetery in Pasco, Ohio.

The staff of the Daring & Sanford Funeral Home in DeGraff is honored to serve the King family.

To order memorial trees or send flowers to the family in memory of Patsy Lou King, please visit our flower store.