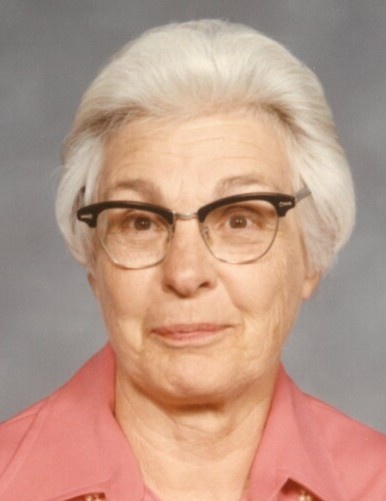 She was born in Shelby County Ohio October 4, 1918, the daughter of the late Charles and Mary (Ehemann) Linker.

Pauline worked as a homemaker and farm wife and was actively working on the farm and operated farm machinery well into her 90’s.  She was a big fan of The Ohio State University Women’s Basketball team.

Pastor David Sanders will officiate the funeral service at 11:00 a.m. Friday, September 3, 2021, at the Eichholtz Daring & Sanford Funeral Home in Jackson Center.  Visitation will be held Thursday, September 2, 2021 from 4 to 7 p.m. at the funeral home.

The staff of the Eichholtz Daring & Sanford Funeral Home in Jackson Center is honored to serve the Arnett family.

To order memorial trees or send flowers to the family in memory of Pauline L. Arnett, please visit our flower store.