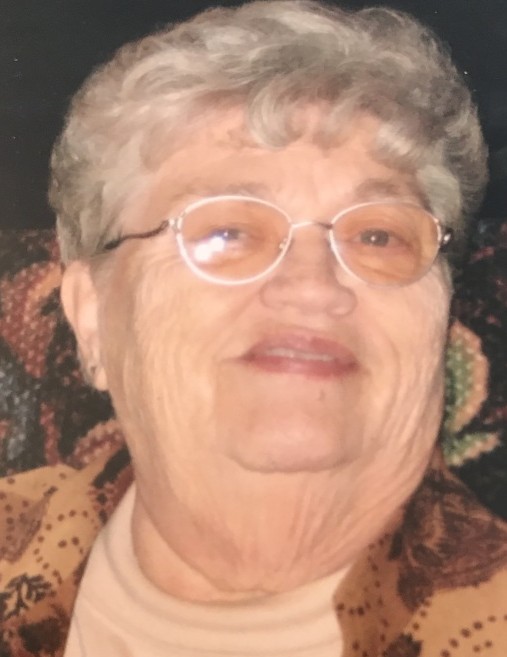 Peggy was born in Waynesfield, Ohio December 19, 1927, to the late Charles “Buck” and Bessie (Beryl) Musser.  She married Lawrence A. Dyer December 23, 1946, in Waynesfield, and he preceded her in death August 26, 1994.  Peggy was also preceded in death by five brothers: Russell “Bud” Musser, Paul Rogers, Gerald Herndon, Robert Herndon, and Verlin Herndon and a granddaughter, Shannon Lynn Dyer.

Peggy is survived by her sons: Denny (Joyce) Dyer of Vandalia, Daniel (Bea) Dyer of Mason, and David (Debbie) Dyer of Avon Lake; four grandchildren; five great-grandchildren and several nieces and nephews in the Wapakoneta area.

Peggy was a 1945 graduate of Waynesfield-Goshen High School, and was of Methodist faith.  She was a member of the Kenton Order of Eastern Star – Lathan Chapter #364 and currently a member of the Findlay Chapter.

Peggy’s family would like to thank the staff at Wapakoneta Manor for the exceptional care they provided to Mom over the last several years.

Friends and family are invited to a graveside service for Peggy which will be held Friday, October 22, 2021, at noon at the Willow Branch Cemetery in Waynesfield.

The staff of the Eichholtz Daring & Sanford Funeral Home & Cremation Center in Bellefontaine is honored to serve the Dyer family.

To order memorial trees or send flowers to the family in memory of Peggy A. Dyer, please visit our flower store.
Send a Sympathy Card