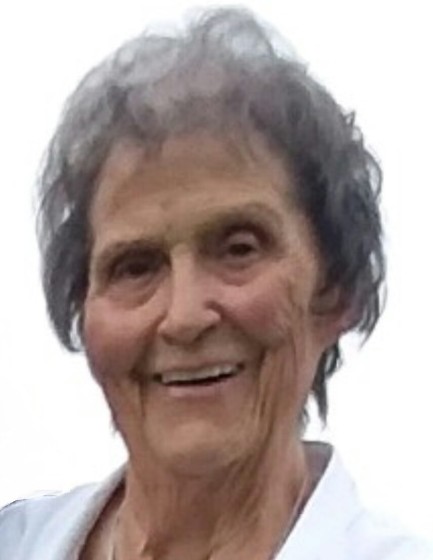 Peggy I. Hall, age 83, of Belle Center, Ohio passed away Monday evening, May 13, 2019, at Mary Rutan Hospital in Bellefontaine, Ohio.

She was born in Princeton, West Virginia February 28, 1936, to the late Robert Harvey and Addie C. (Taylor) Williamson.  Peggy married Ralph O. Hall May 25, 1957 in Indiana, and he preceded her in death June 14, 2016.  She was also preceded in death by four brothers, Bob, Chet, Dick and Jim Williamson, and two sisters, Nancy Phillips and Emma Ball.

Peggy worked several years at Westinghouse.  She then went to work at TRC and was a test driver for more than twenty years before she retired.  Peggy also worked at the Golden Boy Restaurant which she owned with her husband Ralph.   She was a member of the Indian Lake Moose and the American Legion Ladies Auxiliary.  Peggy loved spending time with her family and watching the kids play ball.  Every Friday, Peggy could be found at the Friendly Senior Center playing Bingo.

A graveside service will follow visitation at 3:30 P.M. in the gazebo at the Highland Memorial Cemetery in West Liberty, Ohio with Pastor Mike Phillips officiating.

To order memorial trees or send flowers to the family in memory of Peggy I. Hall, please visit our flower store.
Send a Sympathy Card