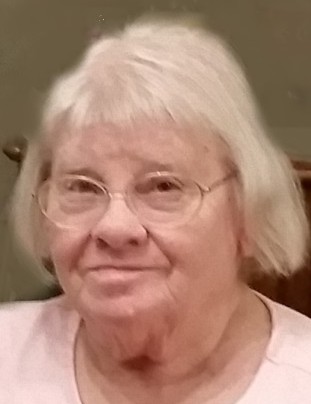 A “Child of the Depression”, she was born two miles south of Bluffton, in Wells County, Indiana on September 10, 1928. She was the fourth child of Elmer Foracre Mosier and Rose Eleanor (Black) Mosier. A couple months later, the farm was put up at Sherriff’s Sale with a minimum bid of $50. No one had $50, so the farm didn’t sell. The family moved six times in the next five years, finally settling in Union Township, Logan County, Ohio. Phyllis started first grade at Iron City School. The family moved to Pickrelltown and the Zanesfield area, before establishing permanent residence just north of Walnut Grove.

In the opening days of World War II, Phyllis’s brother, Robert Earl, brought a curly haired neighbor to help bale hay. Robert Earl, and “Bob” both left for the army within two weeks. Phyllis had been stuck with “love at first sight.”  Their romance blossomed through censored army mail, with notes that Bob was where Earl was last month, or Earl was shipped out of the same port Bob had been.

Phyllis was employed as secretary of the Rushsylvania School, and taught typing and shorthand during her senior year. She graduated in 1946, and continued to work and teach until Bob came home from the army. They were married August 29, 1948 at the Mosier farm on Road 20, by Rev. C. Lloyd Harris.

Phyllis was preceded in death by her parents, her husband, Robert Andrew Irick, a son, Gary Lee Irick of Buckeye, Arizona, and a son-in-law, Harold Caudill of Lima. She is survived by two daughters; Sheryl Kathleen Caudill of Cridersville, and Betty Marie (Hans) Blumenstein of Lima; and two sons, Ronald Earl Andrew (Cynthia) of West Liberty, and Timothy Dean (Cyndi) of Columbus; a daughter-in-law, Wende Irick of Buckeye, Arizona and one sister-in-law, Jeanette Mosier of Bellefontaine. Ten grandchildren, and multiple great-grandchildren, and great, great grandchildren, and numerous nieces and nephews round out the family.

Phyllis was the mother and grandmother of 9 Eagle Scouts. She was a Den Mother for many years, and is remembered as the first female Assistant Scoutmaster in Tecumseh Council. She was a Certified Red Cross First Aid Instructor, working under Jacki Young. She was an expert in the fields of wildflowers, herbs, birds and astronomy. Many boys remember her as the “little lady, with long blond braids, and the Smokey the Bear hat.” A lifelong farmer, Phyllis loved her Farmall- H, but absolutely hated the “big ole M.”

Pastor Ken Neighoff will officiate Phyllis’ funeral on Thursday, June 4, 2020, at 11:30am at the Bellefontaine First Church of God, where visitation will be held from 10am until the time of the service.  Due to the current pandemic guidelines, we ask that visitors be symptom free, and practice social distancing.  Burial will be in Rushsylvania Cemetery.

To order memorial trees or send flowers to the family in memory of Phyllis Annabelle Irick, please visit our flower store.
Send a Sympathy Card