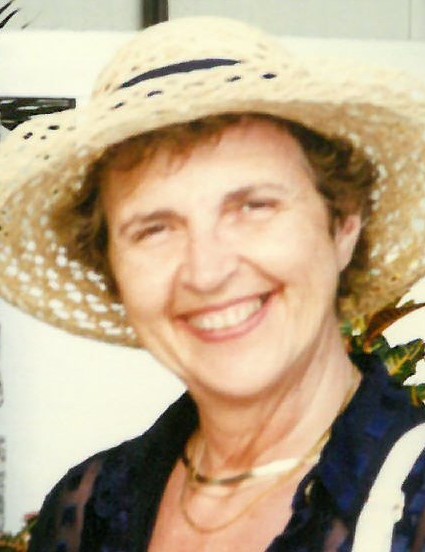 Jane graduated from Bellefontaine High School in 1954 and then moved to Columbus where she met her future husband.  While in Columbus, Jane worked for the TB Society and then Battelle.  After the birth of their daughter, they returned to Bellefontaine where she raised her family and took care of her parents in their final years.  Jane then went to work for Bellefontaine City School as a librarian at Pine Avenue Elementary. There, she became known as “Mrs. S.”  while also gaining many lifelong friends.

After retirement, Jane spent her time with her family enjoying her grandchildren’s activities, traveling with friends, drinking Merlot and fighting a QVC dependency.

The family would like to thank Alice and Char of Capital City Hospice for taking amazing care of Jane for two years.

Pastor Bryan Meadows will officiate a casual graveside service at 1:00 p.m. Friday, August 20, 2021, at the Huntsville Cemetery in Huntsville, Ohio.

The staff of the Eichholtz Daring & Sanford Funeral Home & Cremation Center in Bellefontaine is honored to serve the Strzalka family.

To order memorial trees or send flowers to the family in memory of Phyllis Jane Strzalka, please visit our flower store.
Send a Sympathy Card