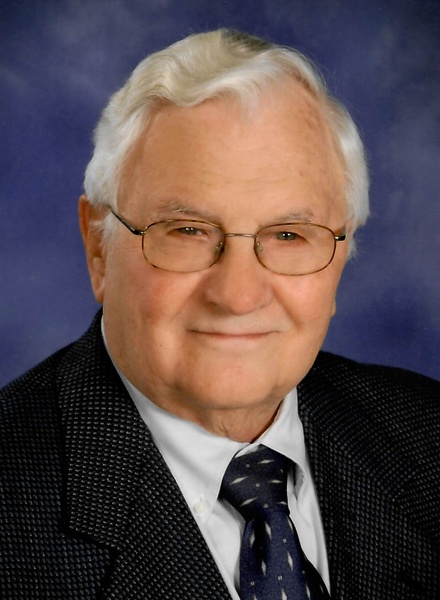 Ralph was born at home in Shelby County December 1, 1926, to the late Gust W. and Hilda C. (Katterheinrich) Zwiebel.  He married Miriam L. Wildermuth June 19, 1948, and she preceded him in death August 28, 2008.  Ralph was also preceded in death by a son, John Zwiebel; as son-in-law, Steve Wolverton; sisters-in-law and brothers-in-law Mildred and Robert Weidel, Vernon and Ludema Wildermuth, Elsie and Carl Keysor, and Marcille and Richard Sailor.

A Veteran of the United States Navy, Ralph served stateside during World War II.   He was a lifelong farmer, worker, businessman, and a “Mr. Fixit” – he enjoyed a challenge and finding a resolution.  An avid reader, Ralph was a staunch supporter of education and served on the Jackson Center School Board for 20 years, with 16 of those years as President, and he served 8 years on the Jackson Center Education Foundation Board.  Ralph was also a member of the Jackson Center Township Planning Commission and the Shelby County Regional Planning Commission.  He was an active member of St. Jacobs Lutheran Church for most of his life.   Ralph was Sunday School Superintendent, Adult Sunday School teacher, and Chairman of the Congregation, each for many years.

Burial will be at a later date in St. Jacob Lutheran Church Cemetery.

To order memorial trees or send flowers to the family in memory of Ralph W. Zwiebel, please visit our flower store.